The actress lambasted the troll after he said that she has not revealed the father of her child. 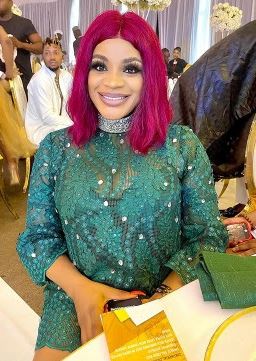 Nollywood actress, Uche Ogbodo took to social media to slam a troll who asked her to tell him who is responsible for her pregnancy.

Over the weekend the actress attended a wedding and shared photos on her Instagram page, saying she and her bunny attended an event and they slayed.

She shared the photos asking her fans if they like them, and one of them jumped at her, saying she hasn't answered the question on who got her pregnant.

Angered by this, Uche opened her mouth and told the fan -- ''U Dey Craze''. 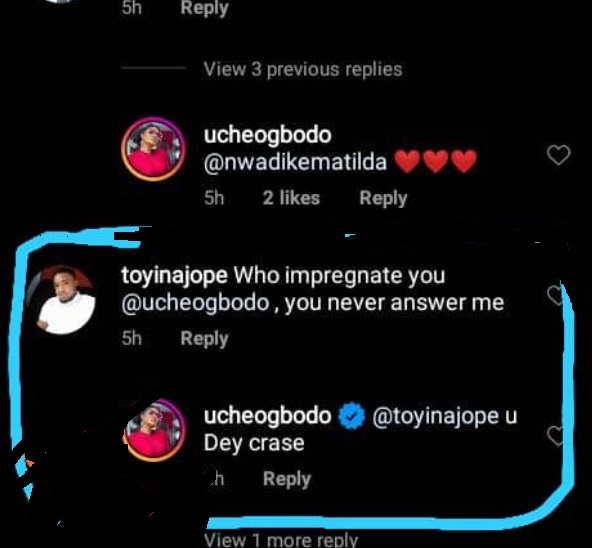