at least 18 suspected fraudsters have been apprehended by the Economic and Financial Crimes Commission.

Fraudsters arrested in Niger state
Twenty one suspected fraudsters have been arrested in Niger and Abuja.
They were arrested by the Economic and Financial Crimes Commission, EFCC, on March 25, 2021 at a hideout in Gwarimpa and Dawaki Extension, Abuja.
The arrest was sequel to credible intelligence obtained by the Commission on their alleged criminal activities.
The suspects are: Akpotegho Profit, 20; Aseimo Prince, 21; Ekhaguere Favour,19; Ekhaguere Esewi , 25; Kelvin Ekhaguere, 25; Temola Adex,25; Ezuzu Happiness, 21and Ekhiyokwo Emmanuel, 25.
Others are: Mena Ejife Emmanuel, 25; Clement Ifietekhai, 29; Babatunde Ilori, 35; Ejoor Joseph, 22; Okunuwe Frank Durkio, 22; Agbaga Kelvin, 22; Ajayi Kehinde David, 25; Akinwale Taiwo, 30; Joseph Henry Junior, 25 and Agbaje Opeyemi, 31.
Items recovered from the suspects include six exotic cars, twenty six mobile phones, eleven laptop computers, Flash and Hardrive, three International passports, and six hand bags.
In a related development, three suspected internet fraudsters were arrested by operatives of the Commission on Friday March 26, 2021 in Niger State. The suspects are Abubakar Haruna, Nuhu Alfa Katuna and Mohammed Adamu.
Items recovered from them include mobile phones and SIM cards
The suspects will be charged to court as soon as investigations are concluded. 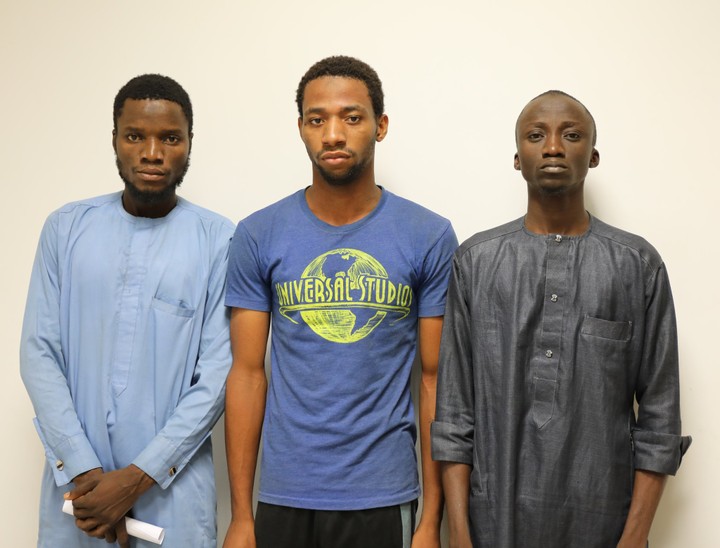