TMZ released a new video that shows the two had a lot more problems than it appeared on the surface. 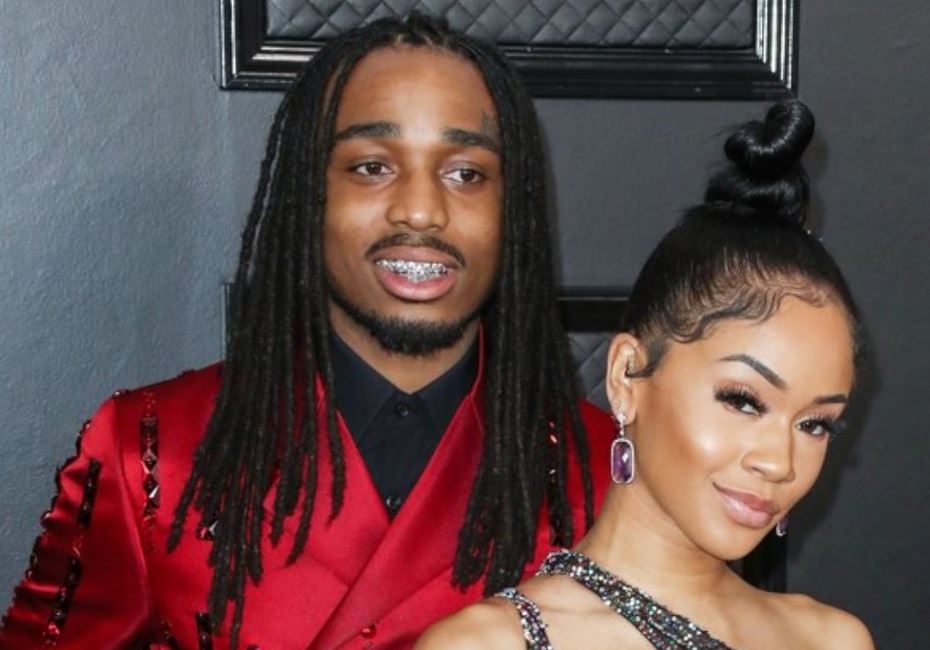 Surveillance footage has surfaced online showing the moment Quavo and Saweetie engaged in an altercation in an elevator.

Although both artists shared claims that the other was at fault, many fans speculated that Quavo’s infidelity was the reason behind the split.

However, TMZ released a new video that shows the two had a lot more problems than it appeared on the surface.

The surveillance clip shows both of them standing outside an open elevator. When the doors open, Saweetie is swinging at Quavo.

Quavo dodges the hit before Saweetie grabs an orange Call of Duty case. There’s a struggle over the case before Quavo pulls Saweetie down to the ground. Saweetie remains on the elevator floor as Quavo looks down at her but doesn’t help her up.

Watch a video of the below;

Quavo & Saweetie’s elevator altercation caught on camera before their breakup.pic.twitter.com/dZGmPvfV0o