EndSars Panel: Family Fights Over Who Should Be Paid Compensation for 19-yr-old Son Killed by the Police (Photo)


The family members of a 19-year-old boy killed by a drunk police are fighting over who will be paid the compensation. 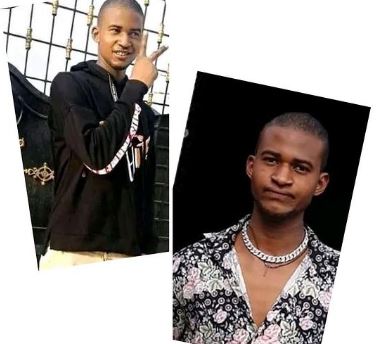 Arunsi
It is not a good time for the family of a 19-year-old boy killed by a drunk policeman as they are currently fighting over who should receive his compensation money.
It was gathered that late Friday Arunsi was killed by a drunk police officer last year, at Ebem community, in Ohafia Local Government Area of Abia State.
The family has been torn apart over who gets the compensation over the death of their son from the State panel of inquiry on police brutality and extra-judicial killing, (EndSars).
Tribune Online gathered that the late Friday Arunsi was on April 17, 2020, shot dead by a  police officer attached to the Ebem police station, Ohafia under the influence of alcohol.
The deceased’s father, Mr Ifeanyi Arunsi and the deceased’s maternal family, Umu Nneibo maternal family, at the resumed hearing on the matter, disagreed before the panel over who would receive the expected compensation fine for the deceased if granted.
Arunsi claimed that the maternal home’s representative, Mr Kings Hart Ukpai, never contributed anything to the training of the deceased from birth as he only got to know late Friday, January 2017.
“My son was 19 years old when he was killed by the police. Mr Kings Hart Ukpai contributed nothing even from birth. I have been the one training him from primary school until he sat for his WAEC.
January 2017 was the first time Mr Kings Hart Ukpai knew my son. My son was buried in Ebem Ohafia, on a piece of land I borrowed N5M to buy. The Umu Nneibo maternal family did not play any role in his training and burial.
They were cautioned by the council of chiefs and elders whom I reported the matter to when they pushed me to the wall. At the burial, over N1 million was realized. Mr Kings Hart Ukpai took everything. They didn’t give me anything,” he said.
Chairman of the panel, Justice Sunday Imo, rtd, urged the two parties to stop quarrelling and concentrate on the extrajudicial killing of their son. He further warned that the families cannot be certain that compensation would be recommended for the deceased. Justice Imo adjourned the trial till April 7, for defence.
Top Stories