Nigerian Disc Jockey, DJ Cuppy became a laughing stock on social media after revealing why she stopped her #OffendingWithFendi Series. 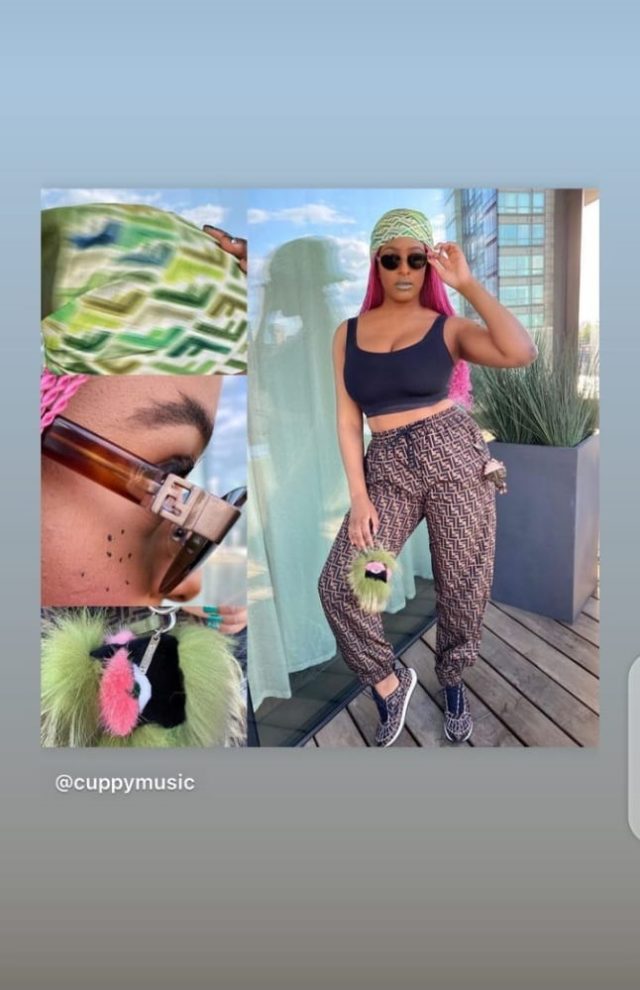 DJ Cuppy
After revealing why she was forced to stop her OffendingWithFendi series, fans have mocked female disc jockey Florence Ifeoluwa Otedola aka DJ Cuppy.
After revealing her reasons for stopping the series, fans accused her of having a whack fashion sense.
According to DJ Cuppy, she stopped the brand series after the famous fashion brand, Fendi refused to acknowledge her despite promoting the brand.
Taking to her Instagram stories, she wrote;
“A lot of people ask why I stopped my weekly #offending with Fendi. Honestly, I was disappointed that despite being my FAVE brand @fendi didn’t acknowledge me even after my team reached out to collaborate so…”
However, fans have bashed her after she made this revelation.
a_wind3 wrote; ‘If Na you be Fendi, you go gree collaborate with person-way wear your cloth like this?’
daddys1stson wrote; ‘Hush puppi wey wear Gucci tire sef no complain’
blankinglywrote; ‘Cause you can’t dress sis’
bree.oreva wrote; ‘Let’s be honest, it’s cos she can’t dress 😩 bless her’
onyinessa wrote;” If no one will tell her, I will…. ppl are drawn to or attracted to talent”
theegodess wrote; ‘Because you offended Fendi with your ugly outfits ma’am tts why they didn’t respond. she thought because she is a billionaires daughter they were going to respond to her lol’
ehiizefua wrote; ”I’m sure you won’t want to collaborate with yourself if you were Fendi” 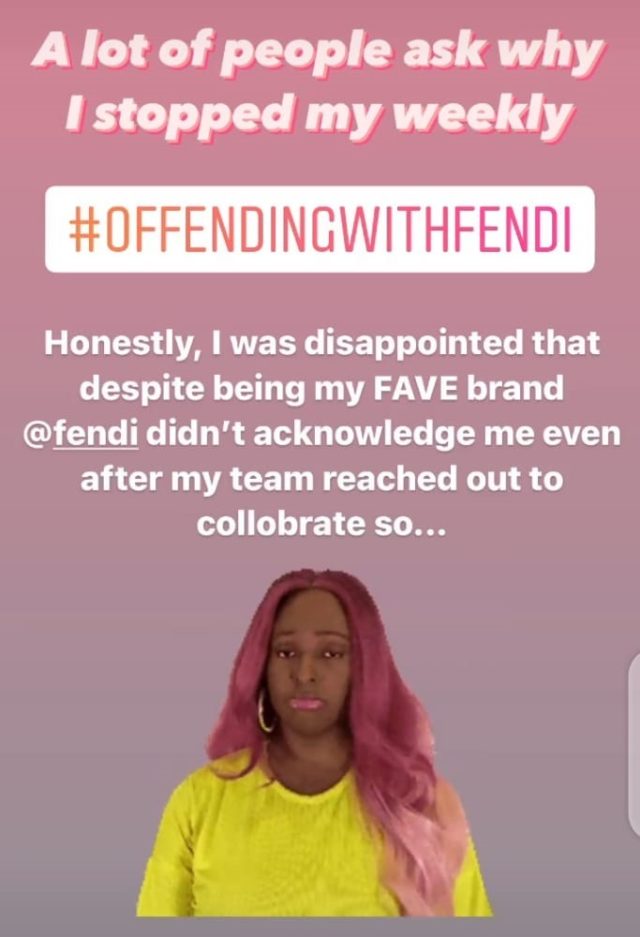