Also, 35 electric poles and a brewery depot were reportedly affected alongside shops and business centres. 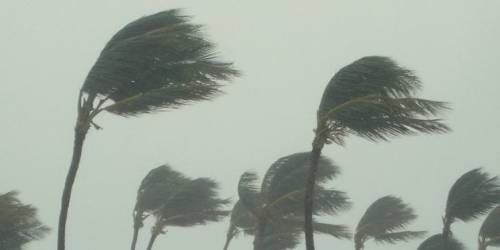 No less than two persons have died after a windstorm swept through Obinze community in the Owerri West Local Government Area of Imo State, according to SaharaReporters.

The storm also destroyed two churches and a private nursery and primary school.

Also, 35 electric poles and a brewery depot were reportedly affected alongside shops and business centres.

It was gathered that the incident, which happened around 2.00 pm on Friday near the Mammi market at the 32 Artillery Brigade, Obinze, along the Obinze-Umuokanne Road, injured several persons.

The roofs of the affected buildings were blown off while their blocks were destroyed.

One of the persons who died in the incident was said to have sought shelter during the rain when the unfortunate incident happened.

A source said: “The raging wind dismantled no less than 35 electric poles along the Umuokanne-Obinze Road.

“It initially claimed one life but on Saturday evening, another person was confirmed dead.

“Another building that collapsed is a beer depot belonging to a businessman in the area.

“We have not seen this kind of havoc before. This is very unfortunate and the losses are huge.”