Los Blancos clung on to their 3-1 lead from the first leg, settling for a 0-0 draw in the second leg to set up a semi-final showdown with Chelsea. 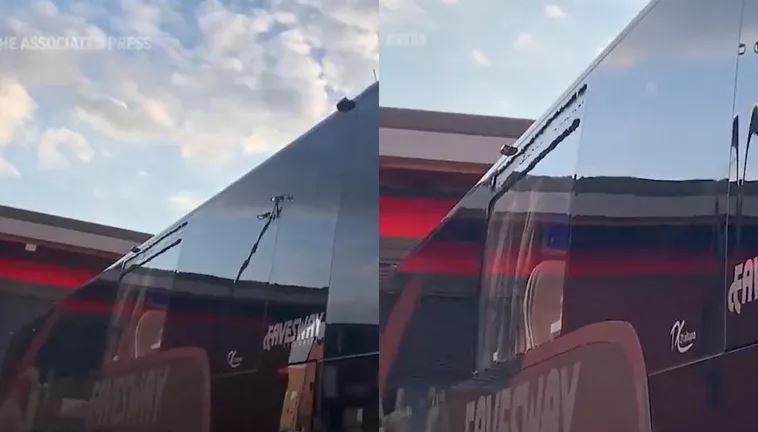 The team bus of football club, Real Madrid was attacked by Liverpool fans.

The bus was attacked ahead of their crunch Champions League tie at Anfield on Wednesday. A window of the bus was smashed as the team pulled into Anfield Road with hundreds of supporters lined up to greet the two teams.

Los Blancos clung on to their 3-1 lead from the first leg, settling for a 0-0 draw in the second leg to set up a semi-final showdown with Chelsea.

When one of Rea Madrid’s buses parked up at the Kop end of Anfield after the team had arrived, it appeared that one pane of a double-glazed window had been smashed. Liverpool staff were seen cleaning up a pile of broken glass on the ground with Merseyside Police officers in attendance.

Merseyside Police subsequently have launched an investigation and stewards could be seen escorting away supporters from near the bus as the clean-up operation got underway.