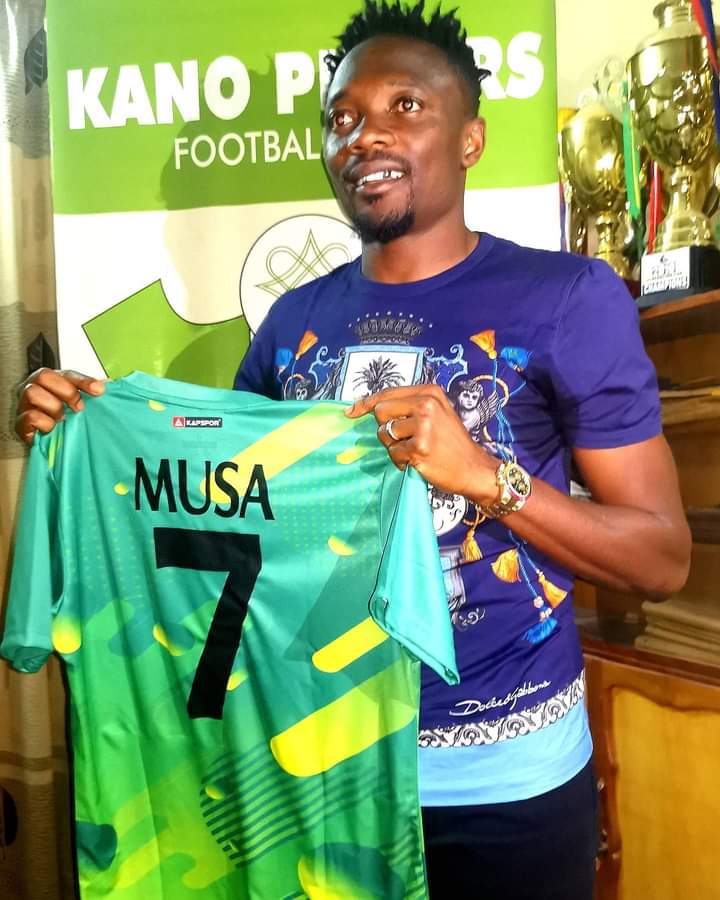 Ahmed Musa
Super Eagles captain, Ahmed Musa has been officially unveiled.
According to Kano Pillars, Musa signed a short-term deal with the four-time Nigeria Professional Football League Champions on Thursday evening at the club’s Secretariat in Kano.
Shortly after signing the contractual agreement form, the AFCON winner said he is back at the club to contribute his own quota up to the end of the 2020/21 Nigeria Professional Football League season.
He promised to do his possible best to see the Sai Masu Gida emerged as the champions of the current NPFL campaign.
“I left Pillars over 10-years ago without winning the league then but now, by God grace, I will make a special record by leading the club to the Nigeria Professional Football League title”, elated Musa vowed.
According to the former Leicester City forward, a lot of people failed to understand the reason behind his coming back to the club and said he has a mission which he hoped to accomplished sooner or later.
He thanked the management, players and fans of the club for sustaining the relationship between himself and the club since his first registration as Pillars player in 2009 to date.