A woman has taken to social media to claim that her sister's savings disappeared after giving money to beggars. 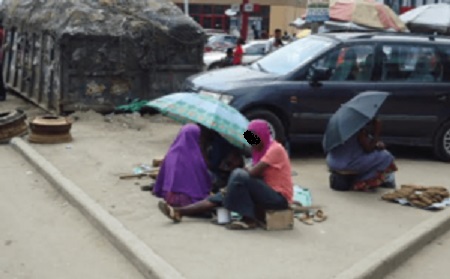 File photo
A Nigerian woman has claimed that her sister's savings disappeared after she gave a roadside beggar money.
@aunty_neme disclosed that her sister gave a beggar some money last month and without realizing it when she got home she found out that all her savings in her savings box (Kolo) were no longer there.
Her sister called the pastor out of panic as she was in tears. The next day, the pastor questioned her on to who she gave money to.
Here’s what she tweeted;
“My younger sister gave a beggar money last month and all the money in her kolo disappeared. She called my pastor by lam crying. After small prayers the next day, the first question was “who did you give money by so so time bla bla”. my babe screamed” 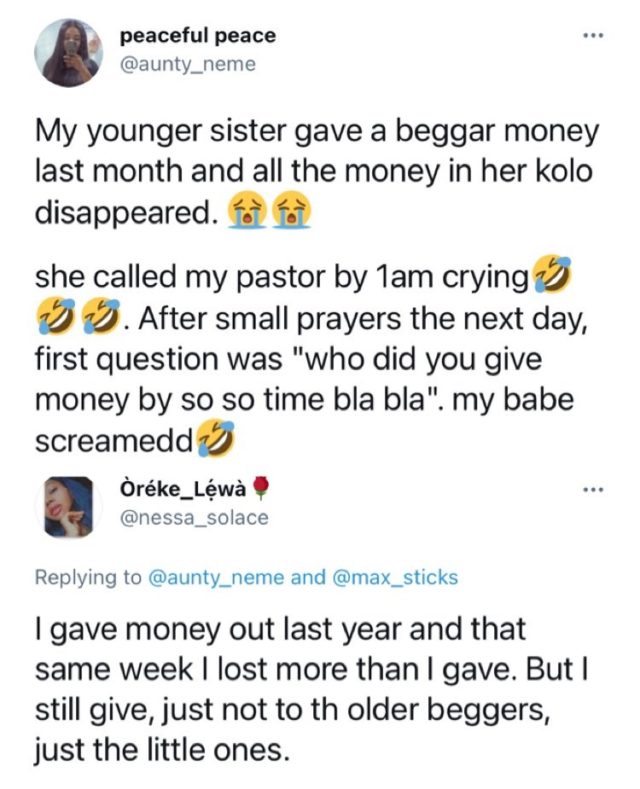