The suspects were paraded by the authorities for engaging in crime in different locations in the state. 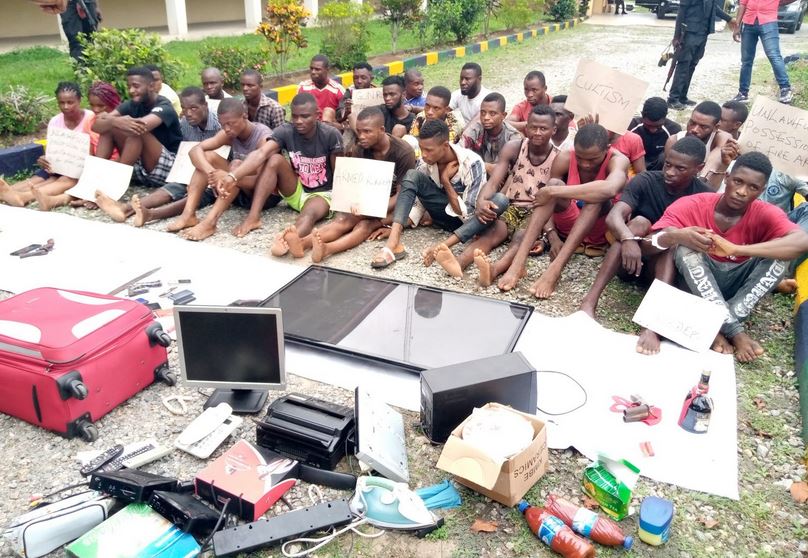 Not more than 30 suspected criminals have been arrested by the Cross River State Commissioner of Police, at various locations in the State.

Parading the suspects at the State Police Headquarters on Tuesday CP Akande said among the suspects were two young men who robbed and killed a lady along the state housing estate as well as a mother and her daughter who sell drugs.

He said the police was undaunted in its task of securing the state and will go to any length to stem the tide of attack on security men.

CP Akande also formally announced the abolition of all forms of roadblocks across the state noting that the action was in line with the new policing vision and crime-fighting strategies introduced by the acting inspector general of police, Usman Alkali Baba.

“I have given a marching order to all my DPOs that they should dismantle all roadblocks that exist within their area of responsibility.

“No policeman should be seen conducting roadblocks, if there is anything the police will respond tactically.

“If the policemen are not more than 7 on any federal road, please don’t stop because that roadblock is illegal”, the police commissioner said.

Some items recovered from the suspects include one Nissan Sentra, Mercedes Benz E350, Prado Land Cruiser, locally made guns, 42 inches television among others.

One of the suspects, Mighty Edem, 19, from Ugep said he was asked by his friend Eno-Obong to come and drive the vehicle from the premises and was promised to be paid N500,000.00

“I am not involved in killing the lady but was only asked to come and drive her vehicle from her residence for N500, 000.

“My friend Eno-Obong asked me to drive the vehicle and we have been playing football together at Bassey Duke. He ran away after I was arrested”, he said.

Oh No! Kenyan Woman Strangles Her Children To Death After Disagreement With Her Husband
Recent Stories