In the viral video, the truck driver was seen using a bottle to hit the head of the police officer. 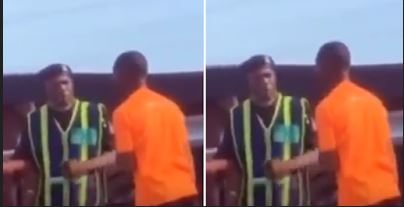 The police officer and the truck  driver

A video has surfaced online showing the moment a truck driver assaulted a police officer for trying to arrest him.

The incident happened in Agege, Lagos.

The video which showed the policeman clinging to the man's car, also captured moment the driver broke a bottle on the security operative's head.