A total of 9000 Mandrax tablets valued at R450 000 were found inside the car of the deceased Nigerian. 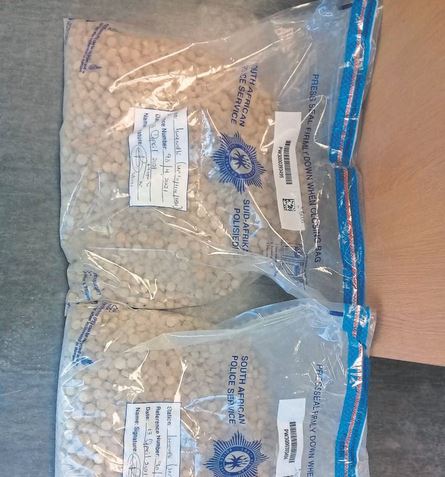 The Mandrax tablets found stashed in the boot of the Nigerian man's car.

The lifeless body of a 50-year-old Nigerian was found was by the Lwandle Police in Western Cape on Thursday, April 22 after he was shot dead.

The deceased was found with bullet wounds to his face and head in the seat of his vehicle at Vulindlela Road in Lwandle on Tuesday evening April 13.

The shooting is believed to have occurred around 18:30, a few metres away from the Lwandle Police Station. A total of 9000 Mandrax tablets valued at R450 000 were also found inside the car.

Spokesperson for the Lwandle Police Department, Sgt Mthokozisi Gama, said officers were alerted to the scene and on their arrival they found the man dead inside the car.

“Police searched the motor vehicle and they found a large quantity of Mandrax tablets stashed in the boot of the car,” he said.

Gama urged anyone with information regarding the murder to contact Lwandle police detective Sgt Bongekile Ntsontso on 021 845 2060.