A mother has shared with the public the touching story her husband abandoned her and their son. 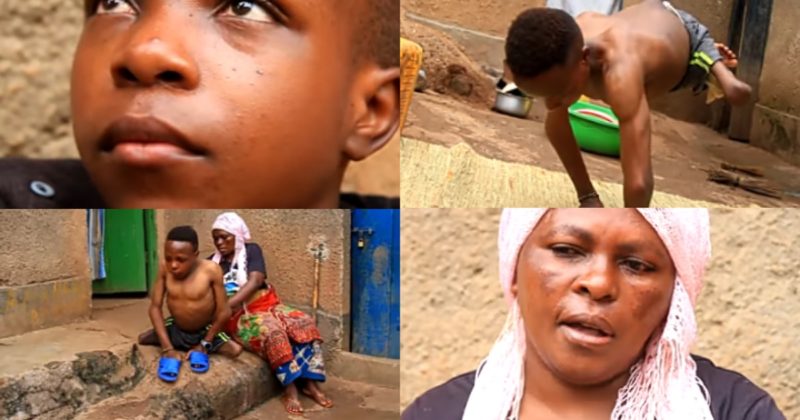 Mother shares her tragic story
A broken woman has narrated the sad story of her life.
The mother revealed that her husband abandoned her and their child after he discovered that he was born disabled.
Sharing her story to Afrimax, she said;
After I produced this boy, my family started asking what kind of child have I produced. It caused so much conflict between the families as they ended up forcing my husband to abandon us.
After our boy was born this way, his father failed to accept that he produced a boy with half a body and no legs so he decided to leave us alone.
But for me, I vowed to never leave him alone. He’s my child, my blood, I will never give up on him. He will always count on me.
When starting school, my boy was rejected by many schools saying he can’t manage the bathroom that he would dirty everywhere and come back to the seats. And this resulted to going to the streets because no school ever welcomed him.
My husband before leaving, abused me because of this boy. He said among all his family members, none of them produced such a disabled child so he put all blame on me.
Watch video below:
Top Stories