Bukayo Saka smiled home with the Young Player of the Year award at the 2021 London Football Awards. 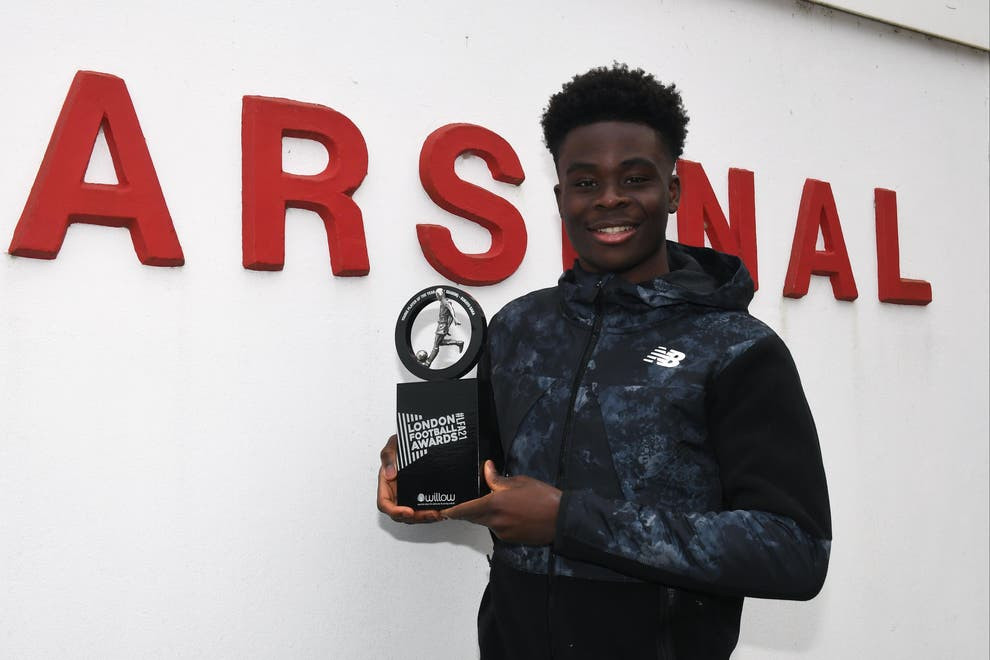 Bukayo Saka
Arsenal youngster, Bukayo Saka coudn't hide his happiness after winning the Young Player of the Year award.
He was given the award at the 2021 London Football Awards.
The English winger, 19, saw off strong competition from Mason Mount, Declan Rice, Emile Smith Rowe, and Reece James to win the award at a virtual ceremony on Tuesday night, April 27.
Accepting his award, the four-cap Three Lions international said: "I'm really happy to win this award.
"I want to say a big thank you to everyone for your support and of course another big thank you to everyone who voted for me.

"I promise to keep giving my all on the pitch to make you happy and keep you entertained."
Saka, who has become a talisman under coach Mikel Arteta is being tipped for a place in the England squad at Euro 2020 in the summer following a brilliant season for club and country.
Nominees for the award were selected by an expert judging panel from the worlds of football and media, from former players to major footballing bodies and sports media, including The Evening Standard, Sky Sports, BBC, The Daily Telegraph, and talkSPORT.
Top Stories