Drama As Fake Wine Factory Is Uncovered In Delta


Edafe said operatives of the State Anti-Cult Unit (SACU) made the breakthrough during a sting operation in collaboration with civilian anti-cult volunteer corps. 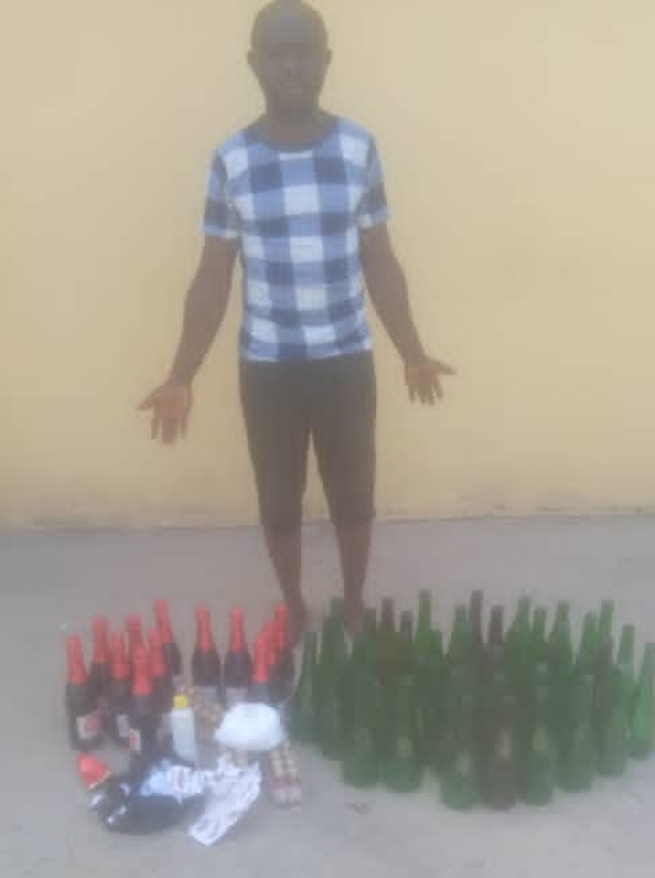 According to Sun News, the Delta State Police Command on Thursday said operatives have uncovered a factory where fake wine was being produced for public consumption.

Acting Public Relations Officer of the Command, DSP Bright Edafe, who made this known in Asaba, said the suspected sole manufacturer of the fake wine was now cooling his heels in police custody.

Edafe said operatives of the State Anti-Cult Unit (SACU) made the breakthrough during a sting operation in collaboration with civilian anti-cult volunteer corps.

He said the suspect, one Kenneth Ajie, allegedly converted his house in Amadaga community in Ovwian, Udu, to the illegal factory where he produces the fake alcohol.

The suspect, who produces fake wine in his house, operates without any license.

‘He confessed that he bottles the wine himself, using bottles that had already been used and disposed off.

‘And he buys these bottles at N10.00 per bottle, and he also buys the cork from open market.

‘He claims he washes the bottles himself, cork the wine himself, and sells to members of the public.

‘According to him, he works alone and produces about one to three cartons per day,’ Edafe stated.

Edafe said the exhibits including bottles of the drinks suspected to be fake alcoholic wine were recovered, adding that the matter was still being investigated.