Former Tottenham boss, Jose Mourinho has gotten a new job after being sacked by Tottenham. 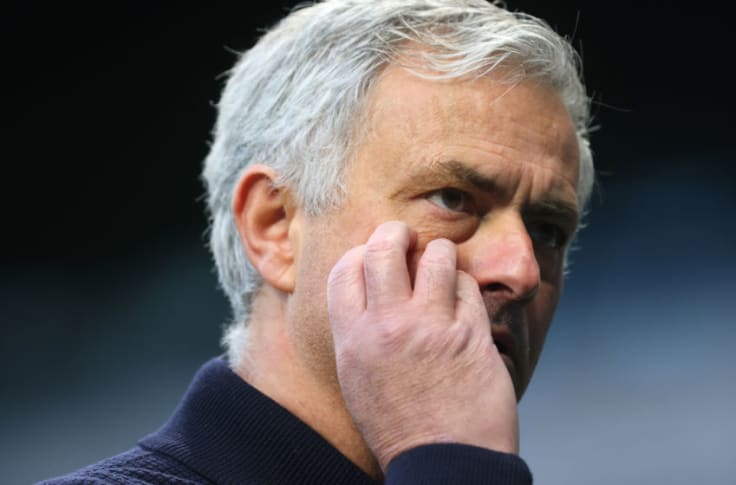 Jose Mourinho
Just weeks after being sacked by Tottenham, Jose Mourinho has landed a new job.
The top manager dubbed the special one has now signed a deal to join talkSPORT for the network’s extensive coverage of the Euros, starting in June 2021.
The Portuguese football manager will be with listeners across the schedule from talkSPORT’s live Euro GameDay programming to regular slots at Breakfast which will include pre-game insight and an exclusive post-game phone in for talkSPORT listeners.
He will be part of the team for all three England group games, one last-16 game, two quarter-finals, one semi-final and the final.
The former Chelsea, Machester United, and Tottenham coach will be joined by former England internationals Stuart Pearce and Trevor Sinclair and former Scotland legends Ally McCoist and Alan Brazil plus the regular team, including the SJA Sports Presenter of the Year, Laura Woods, to bring listeners all the live updates and the latest news from the tournament.
On joining the network, Jose Mourinho said:
“talkSPORT is the fan’s station and I can’t wait to join in. The Euros will be a fantastic tournament and talkSPORT will capture all the excitement for fans. In my discussions with the team, I can feel their excitement for the Euros. I am thrilled to be part of it.”
Head of talkSPORT Lee Clayton said: “Jose Mourinho is a box office signing for talkSPORT. I can’t wait to hear his views on England, Scotland and Wales as well as the other giants of the tournament. His experience and insight will be fascinating for talkSPORT listeners who will also get an exclusive opportunity to put questions to him in post-match phone-ins.
Top Stories