Omokri, who was an aide to then President Goodluck Jonathan, in a letter on Sunday, also accused Father Mbaka of dabbling into politics. 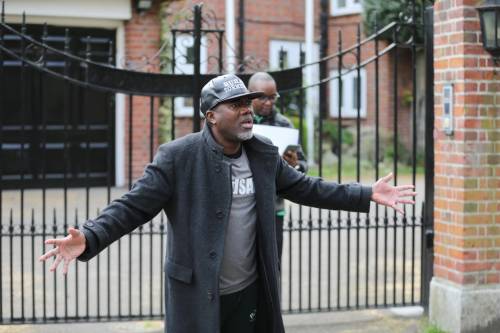 A former presidential aide, Reno Omokri, has written an open letter to Pope Francis at the Vatican, asking him to investigate Father Ejike Mbaka for bringing shame on the Catholic Church.

Omokri, who was an aide to then President Goodluck Jonathan, in a letter on Sunday, also accused Father Mbaka of dabbling into politics.
Mbaka had on Wednesday said God is angry with Buhari over his alleged inaction on the widespread killings across the nation.

The Catholic priest asked the National Assembly to impeach the President if he fails to resign.

"God will ask Nigerians: Nigerians why are you crying? We are crying because our leaders have failed us woefully. If it is in a civilized country, by now, President Buhari will resign. Quote me anywhere and let the whole world hear it. By now, with what is happening, President Buhari should honourably resign," he had said.

But the Presidency on Friday alleged that the  Catholic priest and Spiritual Director of Adoration Ministry, Enugu, Mbaka once brought three contractors to President Muhammadu Buhari and was rebuffed.

“Anyone familiar with President Buhari knows that he doesn’t break the laid down rules in dealing with contracts or any other government business for that matter. He requested the appropriate authorities to deal with the matter in accordance with laid down rules.

“Inside the Villa, discretion prevailed, that if those pictures and requests were made public, the followers will turn against the religious leader. None of it was released. Now, this is what is eating Father Mbaka.”

Titled 'Open Letter To Pope Francis: Re Father Mbaka', Omokri wrote, "And then when Father Mbaka made a volte face on April 29, 2021, asking his former friend, and now President Buhari, to resign, the President’s spokesmen revealed the next day that Reverend Mbaka had requested for contracts as pecuniary compensation for his support for Mr. Buhari, and when this was not acceded to, he went rogue.

"Your Holiness, By virtue of the Public Procurement Act of 2007, it is a criminal offence to demand and get a government contract without an open public and transparent tender. To legally get a contract in Nigeria, you must tender publicly, and the government must accept the lowest bid. Anything short of that is not just criminal, it is also unethical and unbecoming of a Catholic priest.

"In the opinion of many Nigerians, Reverend Father Mbaka has brought the Catholic Church into disrepute, and undermined the faith of the faithful, by his conduct.

"I therefore call on Your Holiness to investigate this matter, and take proper measures to ensure that there is discipline within the Catholic Church in Nigeria."

Referring to Mbaka's antecedents and how he had dabbled into politics, he wrote about how the cleric once alleged that former First Lady, Patience Jonathan wanted to assassinate him.

He wrote, "Your Holiness, you may or may not have hea of a certain Reverend Father Ejike Mbaka, a Catholic priest in Enugu, Nigeria, who has left the calling he took holy oaths to abide by, to dabble disastrously in politics.

"At various times between the years 2015-2016, this fellow made public pronouncements to the effect that God had told him that He was displeased with and had departed from Nigeria’s then President, Dr. Goodluck Jonathan.

"He then claimed that God had told him that his opponent, Major General Muhammadu Buhari (rtd) was (and these are his exact words, not mine) “an answer to prayer”, a man who would “save” Nigeria, a “liberator” of Nigeria, and the “glory” of Nigeria.

"He also in the year 2015 made false allegations against Mr. Jonathan, to the effect that Mr. Jonathan and his wife, Dame Patience Jonathan, wanted to assassinate him.

"That I am willing to make an oath on a sworn affidavit that that allegation is false, and that at the material time when he made that allegation, I called on Reverend Mbaka to substantiate them with evidentiary proof, of which he never did.

"That again in 2019, after Nigerians had gone through so much hardship under the said Major General Buhari, a man of very strong religious bias, Reverend Mbaka made pronouncements to the effect that Nigerians should continue with Buhari, after he had publicly humiliated a fellow Catholic, Peter Obi, on December 3, 2019, for failing to make a public donation, and called him 'stingy' and said 'the way you and Atiku are moving will end in shame.'

"It should be noted that Father Mbaka’s actions go against 2 Corinthians 9:7: 'Each of you should give what you have decided in your heart to give, not reluctantly or under compulsion, for God loves a cheerful giver.'"