Media personality, Toke Makinwa has been shaded by an actress over a tweet she made begging for love. 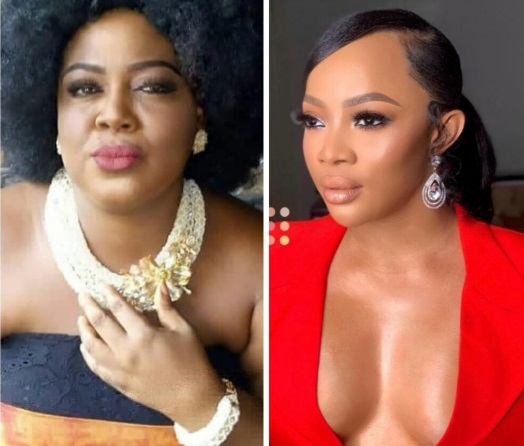 Uche and Toke
Actress Uche Ebere has thrown a shade at Toke Makinwa after she made a post begging to be loved.
It all started after Toke Makinwa had taken took to Twitter to write: "Love is hungrying me ooo."
In reaction, Nollywood actress Ebere replied her by shading women who say they don't need a man only to later start looking for love when they are older.
She wrote: "I doon't need a man, I can be without a man, what a man can do woman can do better, husband is not an achievement, blablablablabla, Osetigo deceiving young girls, but when they reach to a certain age they will now realize that a man is very important in a woman's life just like a woman is important to a man's life.
"See, money is not enough, a woman that has money without a man by her side as a husband worth nothing to important mattered, the earlier our young girls know this, the better for them." 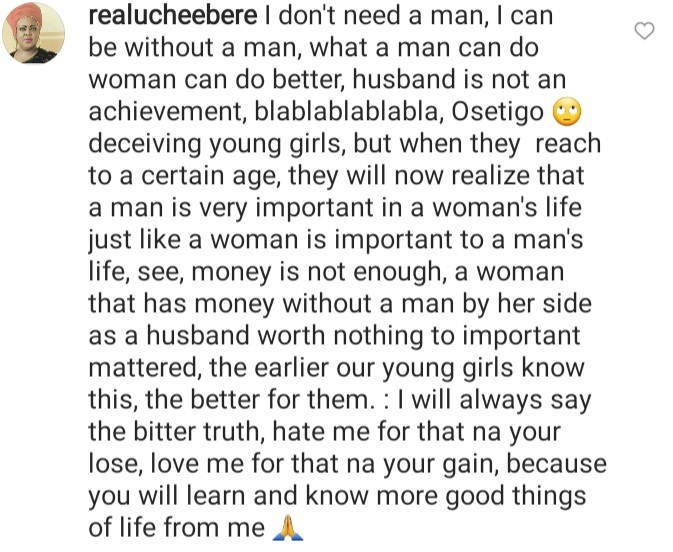