Nigerian Pastor Nims Obunge, 19 Others Jostle To Be London Mayor


In the ranks of the hopefuls is Nims Obunge, a Nigerian pastor and politician who prefers to focus on aspiration over the history of the black experience. 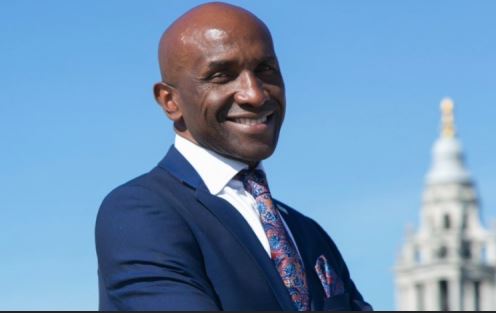 It has been reported that Londoners headed to the polls yesterday to elect a mayor.

In the ranks of the hopefuls is Nims Obunge, a Nigerian pastor and politician who prefers to focus on aspiration over the history of the black experience.

His work with gang members and violent offenders has convinced him that nothing will change without a systemic approach to the root causes of crime.

A graduate of Political Science from the University of Jos, Nigeria, Obunge has worked in the UK for well over 30 years.

Obunge is one of three candidates running independently of party politics.

He has set out a four-point strategy for safer communities, affordable transport and housing, prosperous business, and healthy, green living.

He is a director in fintech and has worked in criminal justice on tackling violent crime, and was also a board member on the London Criminal Justice Partnership.

In 2014, in his role as chief executive of the Peace Alliance, he worked with New Scotland Yard on its handling of the killing of Mark Duggan, which sparked riots across the country.

'I have buried young Londoners killed on our streets,' he said in a report by MetroUk. 'I have not been a politician, but I now believe London needs new leadership.'

In an interview with AfricaReport, when asked how he hopes to justify his role as a servant of an institution that was involved in colonialism, imperialism and slavery, he said, "The history of the black experience has painfully revealed the base nature of our humanity. Slavery, colonialism and imperialism must never be forgotten as eras of cruelty and total violations of fundamental human rights.

"However, having graduated in Political Science from a Nigerian university (Jos) and worked in the UK for well over 30 years, I am convinced that the future can only be grasped when we glance and learn through the rear and side mirrors of our past, whilst maintaining a clear and focussed view on the road ahead, through the front windscreen. This is the way for each of us to navigate ourselves toward an aspirational future for today and tomorrow."

Local media say a final result in the mayoral election is not anticipated until the afternoon of Saturday, May 8, at the earliest, but a Sunday result is also expected.