It was gathered that the fire, affected the textile section of the market-leading to loss of goods and properties. 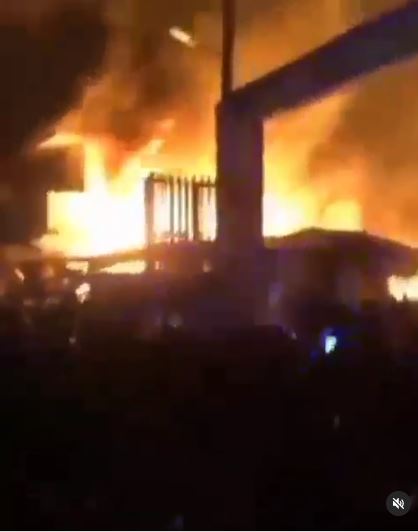 There was a fire outbreak at the Cairo Market in the Oshodi-Isolo Local Government Area of Lagos State on Thursday, May 6.

It was gathered that the fire, whose cause was yet to be known as of the time of filing this report, affected the textile section of the market.

Spokesperson for Lagos State Emergency Management Agency, Nosa Okunbor, said that emergency responders have arrived the scene and are battling to contain the fire.

He said, “Upon arrival at the scene of incident, it was observed that some shops were on fire. The cause of the fire is unknown as at the time of writing this report.

LRT, LRU Fire & LASG Fire are responders at the scene.

“The fire has been put out by the combined efforts of the responders. Damping down ongoing. No casualties recorded.”