Due to the insecurity issues bedeviling the country, Nigeria's President has announced new security measures in the S/East and S/South. 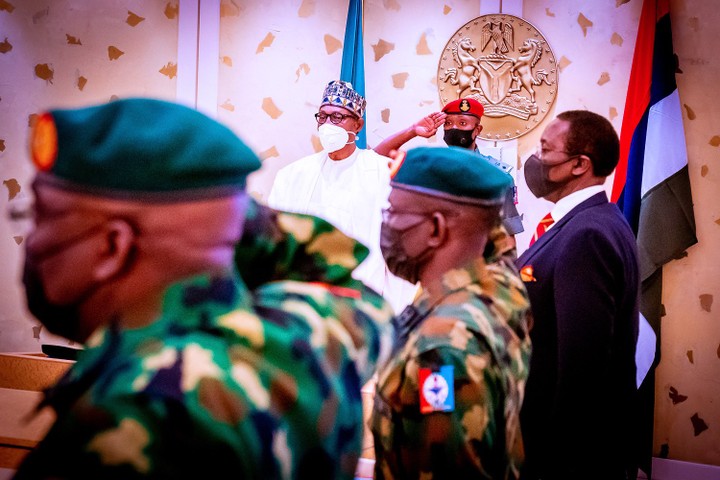 President Buhari and his service chiefs
A new security measure has been approved for the South East and South South by President Muhammadu Buhari, according to a report by TheNation.
The measure was announced following series of security meetings held in the last eleven days.
The acting Inspector-General of Police, Usman Alkali Baba, disclosed this to State House Correspondents after the meeting on Tuesday.
He, however, declined to give details.
The president also approved a memo presented by the National Security Adviser (NSA), Major General Babagana Monguno (rtd), on the control of drugs, which he said are enablers of Insecurity, but did not also elaborate.
The NSA said the meeting stressed the need to address the security challenges in the country particularly those that have arisen in the last few months.
Top Stories