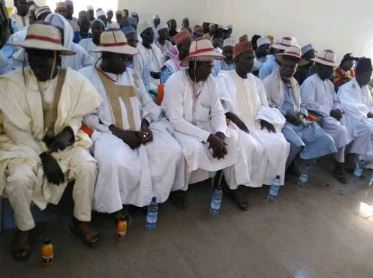 Miyetti Allah
The Miyetti Allah Kautal Hore group has frowned at the ban placed on open grazing by Southern governors.
Reacting, The National Secretary of the group, Alhassan Saleh, said the ban on open grazing of cattle by southern governors is an ‘empty policy’.
The governors had after a four-hour meeting in Asaba, Delta State on Tuesday agreed that open grazing should be banned.
Open grazing of cattle has often caused conflicts between host communities and migrant herders, leading to several deaths in many states.
Some of the herders have also been accused of committing other criminal acts like armed robbery, kidnapping, and murder.
Speaking to SaharaReporters on Wednesday, Saleh said herders are not the problem facing the country.
He described the southern governors as confused and mischievous.
“The governors are confused and mischievous, are herders the problem of this country? Are they Biafra people killing people up and down, burning police stations?
“They are confused, or are they not confused? If they can’t address the terrorist activities being perpetrated by Nnamdi Kanu (leader of the Indigenous People of Biafra) and his Igbo terrorist group called IPOB, I think they are really confused, if they are not confused, then they are mischievous.
“Is there anything like secret grazing? Let the governors go ahead to continue instigating their mobs to keep killing herdsmen. Can they comply with an empty policy? Where are the ranches?
“Are herdsmen the problem of this country? Are they the ones looting the treasury? They should leave the herders alone. They should stop killing innocent herders.”
Top Stories