Southerners Are Only Talking While Northerners Are Preparing To Leave Nigeria – Ex-Oyo Gov, Ladoja


Ladoja said Southerners are talking so much by demanding Oduduwa Republic and Biafra Republic with fewer actions. 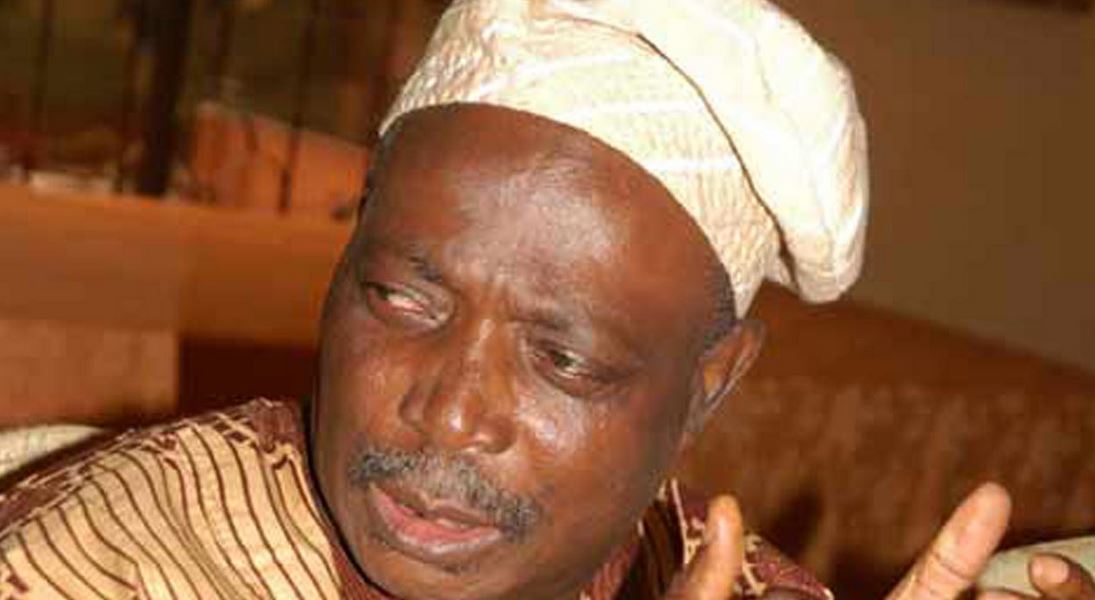 Rashidi Ladoja, a former Governor of Oyo State, has stated that the northerners are preparing to disintegrate from the country.

On their part, Ladoja said Southerners are talking so much by demanding Oduduwa Republic and Biafra Republic with fewer actions.

For instance, the former governor noted that a railway is also already being considered to link the North to the Niger Republic and a refinery might be built in Daura, Katsina State.

While speaking with journalists after observing the Eid-el-Fitr prayer at the University of Ibadan Central Mosque, on Thursday, Ladoja warned against war over call for self-determination in the country.

He said, “Let us start with tolerance. At a certain level, people will be talking, but we only know the beginning of a war, not the end. Nobody will remember how the war in Syria started and it is still on for years. And everything they built is being destroyed. So, I think we have to do it softly. We have started democracy. We are not happy with the way it is going.

“If you are saying because of that you want to go or you don’t want to go, who even tells you that the North is not even getting ready to go? Let us look at it, people in the South are talking too much, and people up North are acting too much.

“In Yorubaland, we talk too much. The North is also preparing to leave and they are working at it. Do you think it is a mistake that they are constructing a railway to the Niger Republic when we have not built a railway from Ibadan to Kano, not even Abuja, and they said it is the first place we are going to spend our money?

“Can’t the refinery in Kaduna be repaired? Why are they saying they would build another refinery in Daura (Katsina State)? And they would be bringing crude oil from the Niger Republic to the place. Don’t let us deceive ourselves, maybe a time will come when all of us will sit down together and separate peacefully.”