An aide to Governor Dapo Abiodun has been arrested over $350 million coronavirus fraud in US. 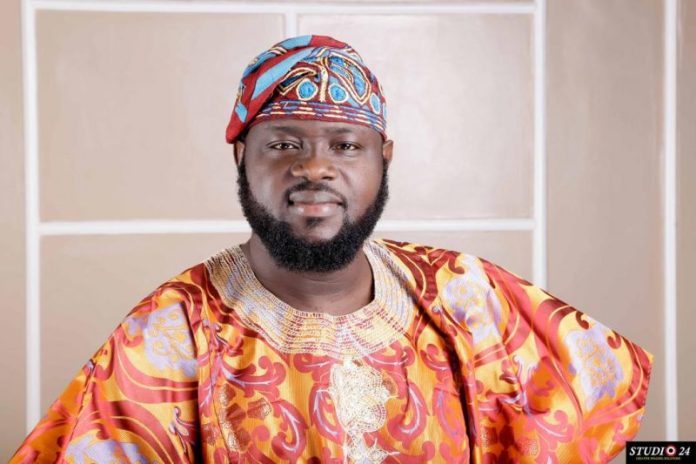 Abidemi
An appointee of Governor Dapo Abiodun of Ogun state has been arrested in the US for fraud.
Abidemi Rufai, a Senior Special Assistant to Governor Dapo Abiodun, was arrested for allegedly defrauding the Washington Employment Security Department (ESD) during the COVID-19 pandemic.
He was arrested at John F. Kennedy International Airport in New York while trying to escape to Nigeria.
Rufai, aka ‘Sandy Tang’, 42, is charged with wiring over $350,000 in unemployment benefits in the U.S.
He allegedly submitted dozens of unemployment claims using stolen identities between March and October 2020.
According to reports, he used a single Gmail account to file 102 claims for ESD benefits and also used it to file for benefits in 10 other states.
Bypassing security systems at ESD using a simple feature of Gmail which allows users to create many additional email addresses simply by adding one or more periods to the original email address.
This is because the Gmail system doesn’t recognize periods, any emails sent to those so-called dot variant addresses are delivered to the inbox of the original Gmail address.
In Rufai’s case, his original email address — [email protected] — was expanded to include dot variants such as [email protected] and [email protected]
In January, a federal judge issued a warrant to Gmail, allowing investigators to search his Gmail account. Rufai however let down his guard by linking his Nigerian phone number to the account.
Although the Gmail account used his fake name, the recovery phone number was the same one he used in his 2019 U.S. visa application. Also, a Google Drive account associated with the Gmail account included the picture he used in the visa application and other government documents.
It also contained purchase confirmation emails for products that listed his brother’s address in Jamaica, New York, as the billing address.
Investigators also found a massive cache of tax returns and evidence that Rufai was allegedly involved in numerous other fraud schemes.
Bank records show that $288,825 was deposited into his bank account.
Meanwhile, he is facing up to 30 years in prison if found guilty.
Top Stories