'Kill Them All, Don’t Wait For An Order': IGP Declares War On IPOB, Unknown Gunmen


Nigeria's acting Inspector-General has ordered his men to kill Biafra agitators in the South-East. 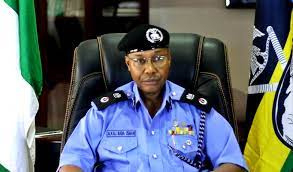 IGP, Baba
A new order has been given to police officers by the acting Inspector General of Police, Usman Baba to kill Biafra agitators and any person carrying AK-47 rifles in the South-East, according to a report by Punch.
Baba, who spoke on the sideline while addressing the Police Mobile Force and Special Tactical Squad of the Force in Enugu shortly after he launched Operation Restore Peace, directed policemen in the region not to adhere to the rules of engagement while dealing with Biafra secessionist groups, adding that his job was to protect them.
“Don’t mind the media shout; do the job I command you. If anyone accuses you of human rights violation, the report will come to my table and you know what I will do. So, take the battle to them wherever they are and kill them all. Don’t wait for an order.
“What another order are you waiting for when Mr. President had ordered you to shoot anybody carrying AK-47 rifle? Quote me, even a dead policeman can be tried and dismissed from the force and his family will not get his benefits.
“So, don’t seat and wait for them to come; take attack to them and don’t lose your arms to criminals,” the acting IGP said.
In an address earlier, before declaring open the operation codenamed, Operation RT – Restore Peace, which was witnessed by governors of the South-East states and heads of other security agencies, Usman stated that the operation was for the stabilisation of the security order in the geopolitical zone.
He maintained that “the time is now. Today’s launch of Operation RP by the Nigeria Police follows the directives of Mr. President to the Nigeria Police to re-evaluate and emplace new operational strategies to stem the tide of violence and secessionist agenda not only in the South-East but across the country.”
Baba added, “Indeed, the resort to terror tactics, disregard to constitutional processes and disrespect for democratic standards to advance their interests of creating an ungovernable space in the region informed the decision of the Federal Government to outlaw IPOB.”
Top Stories