The IMN said it is their duty to condemn the strong-arm tactics deployed by the governor against the NLC protests during the five days warning protest. 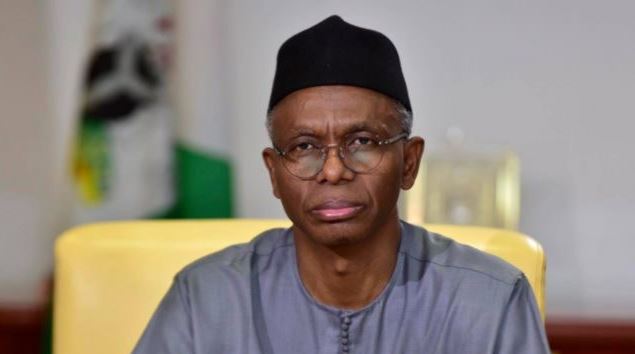 Governor of Kaduna State, Mallam Nasir El-Rufai, has been slammed by the Islamic Movement in Nigeria, IMN, otherwise known as Shiites, as they accused him of mistreating civil servants in the state.

El-Rufai had fired Kaduna State University’s lecturers, health workers and others who joined the Nigerian Labour Congress (NLC) strike in the state.

He had also declared the National President of NLC and 17 others wanted.

The Federal Government through the Minister of Labour and Employment, Chris Ngige waded into the crisis between the state government and the NLC and invited both parties in the dispute to an emergency meeting.

Following the emergency meeting, the NLC suspended its five days warning strike in the state as announced by Wabba.

However, IMN says it is duty-bound to condemn the strong-arm tactics deployed by Elrufai against the peaceful NLC protests during the five days warning protest.

“If not for the fact that Islam abhors injustice and implore adherents to speak out against injustice anywhere, anytime, more so injustice to one is an injustice to all, we wouldn’t have bothered to declare our stance on this preventable face-off between the Governor and NLC,” the group said in a statement signed by its Spokesman, Ibrahim Musa on Friday.

“It is unfortunate the way and manner the embattled Kaduna Governor declared Wabba and 17 others wanted for alleged Economic Sabotage and attacks on public infrastructure under the Miscellaneous Offences Act and even disclosed that there was a handsome reward for anyone who could give information on Wabba’s current whereabouts.

“This strong-arm tactics employed by the Governor is not new to us in the Islamic Movement at the height of our struggle for justice to Sheikh Zakzaky 2016 to date.

“Also, hired armed thugs with knives, sticks and stones, attacked the peaceful protest of the labour union in Kaduna State on Tuesday 18/05/2021. If not that the Police and the DSS in Kaduna had apprehended some of the sponsored thugs, thereby protecting protesters and averting bloodshed, the story would have been different by now.

“However apprehending them without bringing them and their sponsors to book will only be a waste of state resources. Their sponsors must be exposed and brought to book if the law enforcement agencies are serious.

“We are not strange to such barbarism of Governor Elrufai. It is on record that times without number when we embark on peaceful protests in the streets of Kaduna, such hoodlums are employed to spill our blood for no reason. Infact it is on record that we have lost at least two people to such gruesome ploys.

“KDSG even resorted to vile propaganda when it likened “the actions of the NLC as equivalent to the actions of the bandits kidnapping and menacing our citizens. Bandits illegally use arms, but the NLC is deploying mob action for exactly the same ends,” as claimed the state in a press statement.

“We will not forget when the Governor was busy trumpeting that the Islamic Movement is worse than Boko Haram at the slightest opportunity. His crude tactics have always been to black paint innocent citizens to deceptively sway public support to his side.

“And to cap it all up the Governor announced that he had fired Kaduna State University’s lecturers who joined the Nigerian Labour Congress (NLC) strike in the state, as ‘KDSG will not tolerate criminal acts disguised as industrial action.’

“The government also announced the dismissal of all nurses below Grade Level 14 for the illegal strike. If this is not the way of fascist regimes, what is it? Certainly, this is most undemocratic and extremely autocratic.

“Finally, we hereby salute the courage of the NLC and its leadership for resisting the evil plans of the wicked Governor of sacking the common masses from their places of work.

“We also hope by now members of the public must have realized what we have been saying all along, since the Zaria massacre of December 2015, that this regime is brutal, aggressive in its actions and extremely egocentric.

“It doesn’t care about the lives, property and welfare of the citizens. Had it been we were listened to, we might not have reached the sorry state the nation is in now.

“Hence we reiterate our demand for justice to Sheikh Zakzaky, his family, followers and all the victims of the Zaria massacre, which is nothing short of their immediate release from illegal detention.”