An aide to Governor Ben Ayade has resigned from the Peoples Democratic Party in a rather controversial manner. 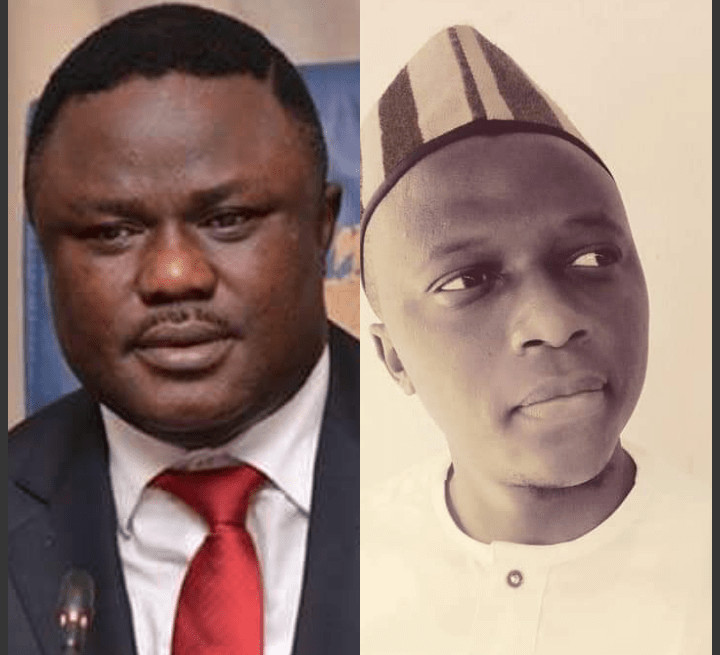 Ayade and Ogun
A Special Assistant to Governor Ben Ayade of Cross River, Abang Ogon, has tendered his resignation and no longer wants to be a Peoples Democratic Party member.
Ogon who is the SA on Student Affairs wrote a resignation letter to the PDP following Ben Ayade's defection to APC.
He has now crossed over to the All Progressives Congress.
In the letter written in Pidgin English and addressed to the PDP ward chairman,  Mbube-East ward II, Abang Ogon explained why he's leaving the party.
"Shebi you don hear say Governor don move?" Ogon asked in the letter.
He went on to ask the ward chairman to open the secretariat so that he can pack the chairs he donated. He said he bought them with Ayade's money.
"I no dey do again," he concluded.
The letter is going viral on Twitter and Facebook as Nigerians analyse the fact that a formal letter was written in Pidgin. 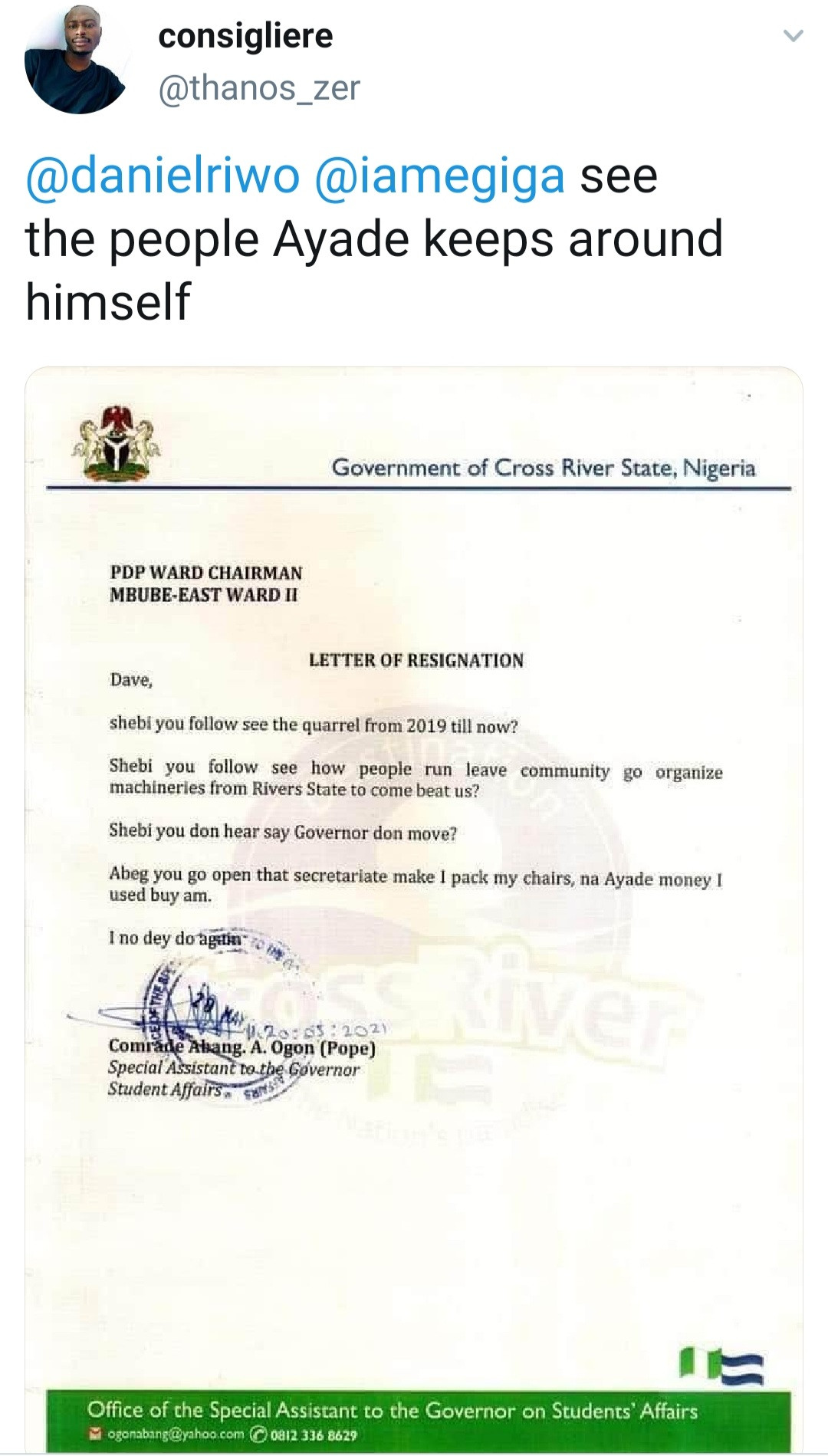