Details have emerged why President Muhammadu Buhari did not attend the burial of his late Chief of Army staff. 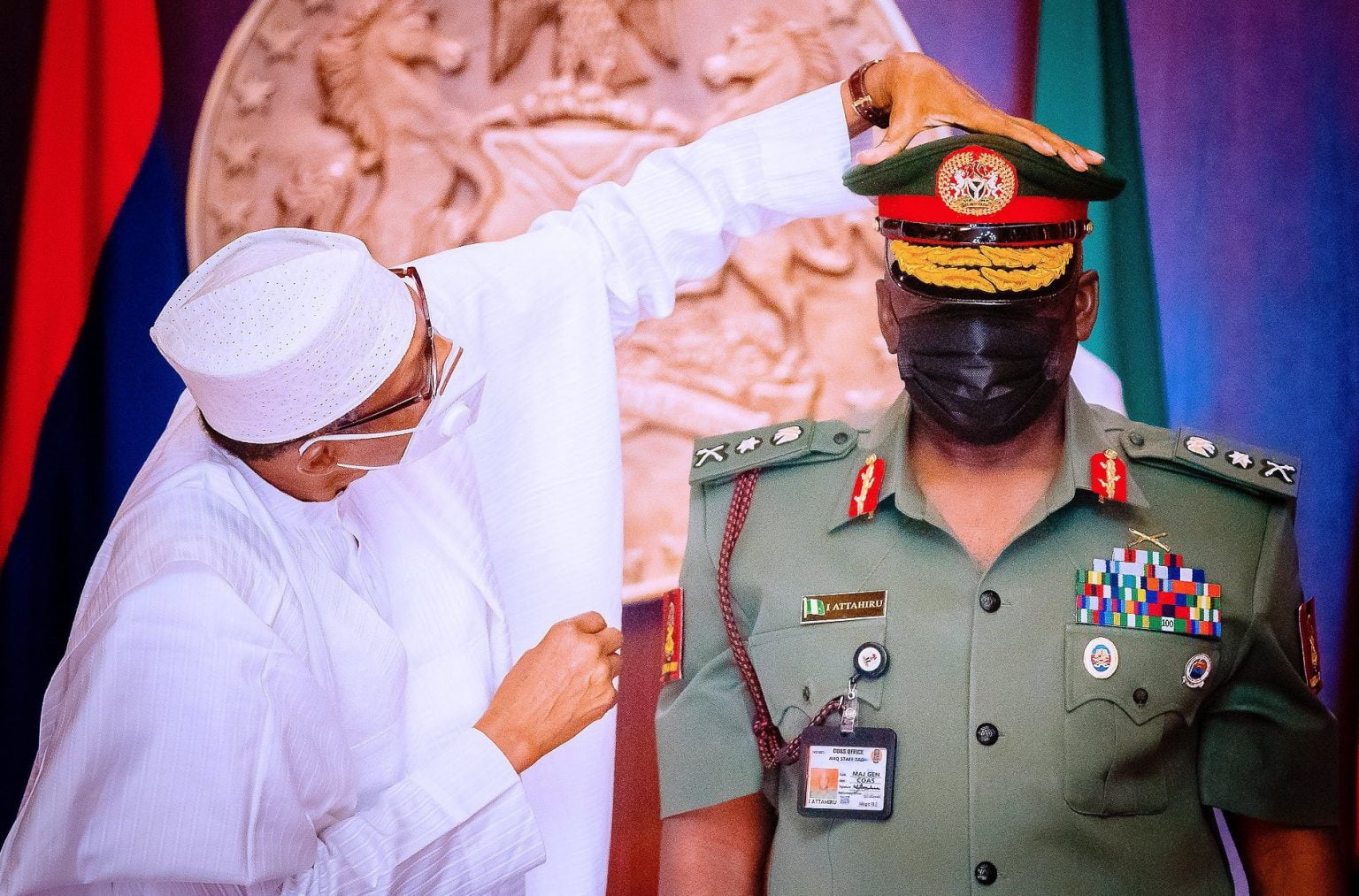 Buhari and Attahiru
The Presidency has opened up on why President Buhari didn't attend the burial of late Chief of Army Staff, Ibrahim Attahiru and 10 others in Abuja.
The burial took place on Saturday, May 22nd.
According to the Presidency, Mr Buhari needed at least 48 hours clearance before he would depart Presidential Villa to any event.
Presidential spokesperson, Lauretta Onochie revealed this on her social media page.
She wrote:
“For a President to be at any funeral or event outside the Presidential Villa, the event must have at least 48 hours for intelligence operatives to do surveillance and clearance before the President can go based on the Security report.”
“In a case where the COAS and his team died yesterday and had to be buried today, you don’t expect the President to go there where there is no security clearance.”
“The minimum time of 48 hours wasn’t met. In insecurity parlance, funeral ceremonies are where politically exposed persons face more risks.”
Top Stories