An Islamic cleric has given money to a driver who rammed into his car wrecking it. 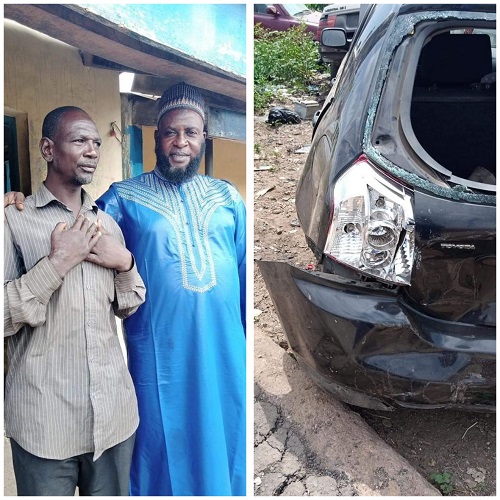 Islamic clerice, Taofeeq forgives driver who wrecked his car
Popular Ibadan Islamic scholar, Sheikh Taofeeq Akeugbagold has preached forgiveness after a man wrecked his car and injured his family.
The cleric gave the advice on Friday, May 21, when he narrated how he forgave an Hausa driver, who hit his car, rendering it partially written off and left one of his family members injured.
The cleric in recent times has been exemplary.
Recall that Akewugbagold withdrew the lawsuit he filed against his former workers who abducted his twin children in April 2020.
Taking to Facebook, Akewugbagold wrote about this recent incident and why he forgave the Hausa driver.
"Alhamdulillah for His mercy on us ! This is not to attract praise from any mortal but Allah but rather to teach the spirit of humanity & forgiveness. Yesterday this hausa man driving to Funtua from Lagos hit one of my cars from behind while on high speed Along Lagos / ibadan express at Agbowo junction,"
"The accident rendered my car partially write off with all air bag blown out and one of my family member injured. At police station he pleaded guilty and ask for forgiveness.He declared he has not even fuel money with him
"His dress was dirty and I forgave him, gave him the little I could and take the responsibility of my car repair and hospital bill. Alhamdulillah that no life lost . Pls let forgive each others always .Humanity comes b4 tribe or any other thing. Alhamdulillah" 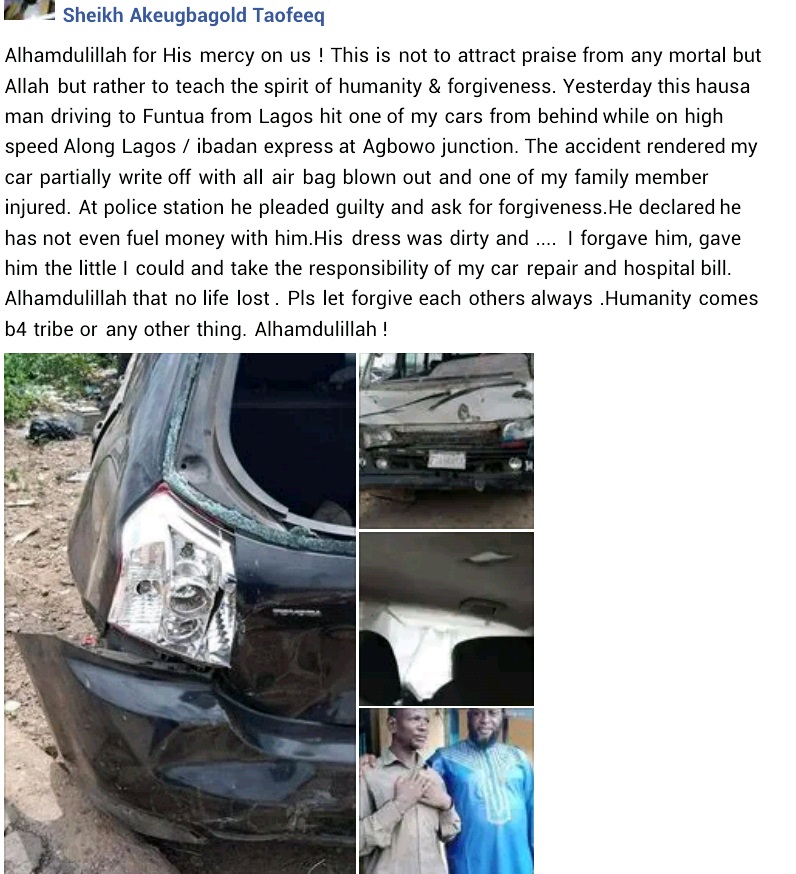