NARD extended the ultimatum in order to allow the Federal and State governments to address the issues of welfare of their members across the country. 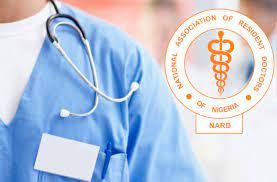 National Association of Resident Doctors
The National Association of Resident Doctors (NARD) has announced an extension of its strike action.
NARD has extended the strike ultimatum by two weeks.
NARD extended the ultimatum in order to allow the Federal and State governments to address the issues of welfare of their members across the country.
The extension was contained in a communiqué at the end of the association’s 41st Ordinary General Meeting (OGM), which was held in Nnewi/Awka, Anambra State, between May 25 and May 29.
The communiqué was released by the National President of NARD, Dr Uyilawa Okhuaihesuyi, in the company of other members of the executive.
According to the communiqué, the association would resume a total strike action if its demands remained unattended at the end of the period.
It added that the strike was suspended after the government’s promises as contained in the Memorandum of Actions, signed at the instance of Minister of Labour, Dr Chris Ngige, on April 9.
The communiqué said that the delays in payment of members on the Government Integrated Financial and Management Information System (GIFMIS) for over four months had caused hardships for NARD members.
NARD also expressed concerns about the conditions of their members in Abia and Imo, who were currently owed salary arrears of 21 and seven months respectively.
It read, “While the OGM notes the willingness of the government to migrate members from the GIFMIS to the IPPIS platform, we decry the lacklustre behaviour exhibited by heads of parastatal government agencies to achieve this.
“Our members are still in agony because of these delays and some House Officers are still being owed up to two months salaries.
“The OGM notes with dismay, the stale attitude of the Governors of Abia and Imo states and their appointees toward addressing the issues of payment of salaries for 21 months and seven months respectively.”
Top Stories