The catholic priest who was abducted alongside Fr. Alphonsus Bello has been released. 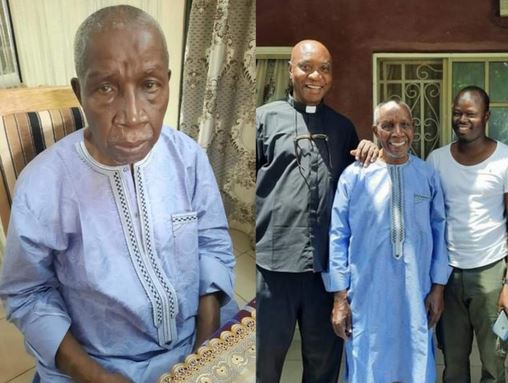 The news was disclosed by the Director of Communication, Fr. Chris Omotosho, on Thursday via the Facebook page of the Sokoto Catholic Diocese.

“This is to officially announce that the “very Rev Fr joe Keke” has been received from the hands of his kidnappers. He is currently receiving medical attention. Continue to keep him in your prayers. May the soul of fr Alphonsus Bello through the mercy of God Rest In Peace, ” Fr Chris Omotosho, Director of Communication said.

Recall that Fr. Joe Keke and the late Fr. Alphonsus Bello were kidnapped by bandits from the premises of St Vincent Ferrer Catholic Church, Malumfashi, Katsina State on 21 May 2021.

However, at the break of dawn, the lifeless body of Fr. Alphonsus Bello was found at the back of the Catechetical Training Centre of the parish by a search team.

The spokesperson of the Katsina Police Command, SP. Gambo Isah, could not be reached to confirm the release of the Reverend father as at the time of filing this report.