Panic As President Edgar Lungu Of Zambia Collapses During Speech


The Private Secretary to the Zambia President, Simon Miti, said the President truly collapsed at the event but recovered immediately. 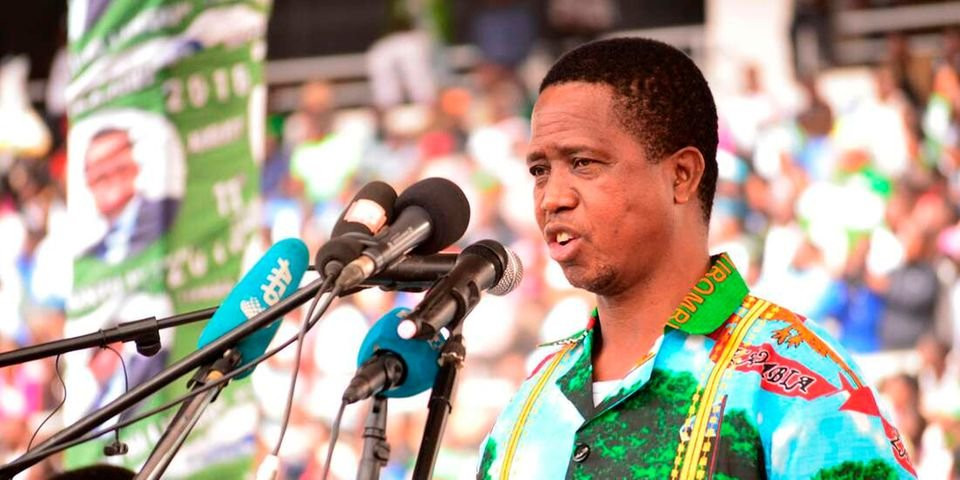 President Edgar Lungu
Citizens of Zambia were left in a state of panic after their President, Edgar Lungu collapsed in the capital, Lusaka, during the 45th Defense Forces Day Commemoration and Investiture ceremony on Sunday, June 13.
According to information later released by the Private Secretary to the Zambia President, Simon Miti, the President truly collapsed at the event but recovered immediately after experiencing sudden dizziness.
The statement read, “The President of the Republic of Zambia, Dr Edgar Chagwa Lungu, this afternoon experienced sudden dizziness whilst officiating at the 45th Defence Force Day Commemoration and Investiture Ceremony.
“His Excellency recovered immediately and walked to the official car and returned to his residence at State House.
“The President wishes to assure the general public and all concerned citizens and the international community that he is well and has continued to discharge his duties as Head of State, Government and Commander-in-Chief of the Defence Force.”
The four-hour ceremony took place at the Freedom Statute on Independence Avenue where the Defence Forces show-cased their military ware.
President Lungu also used the Commemoration to conduct an Investiture Ceremony to honour gallant men and women in Uniform.
The Zambian leader had a similar experience in 2015, caused by what the presidency said was an "oesophagus condition". 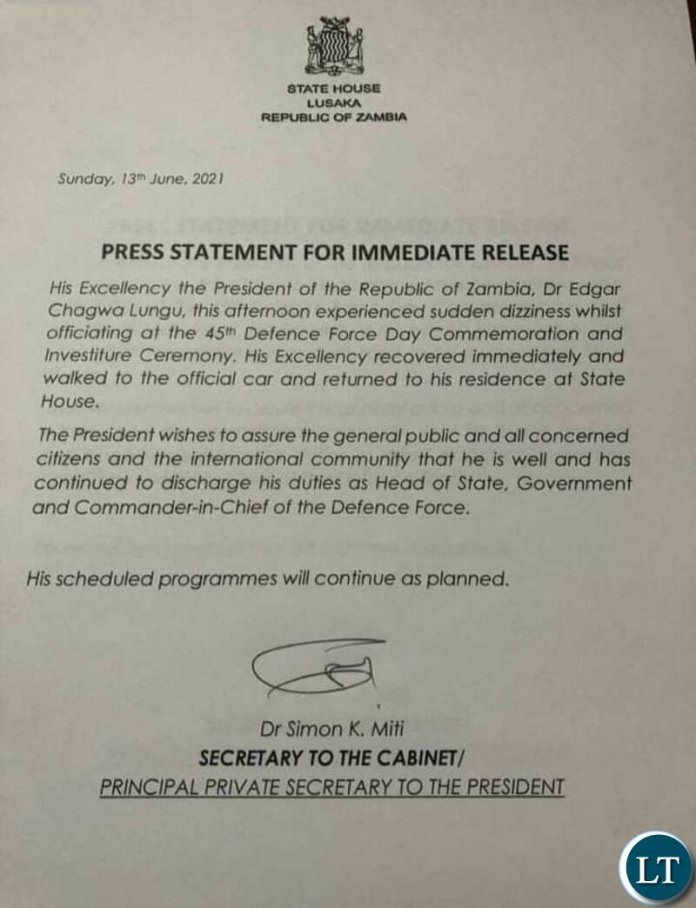