The suspect was arrested after he entered a house with a gun and forced his victims that do not have cash on them to transfer money to his account. 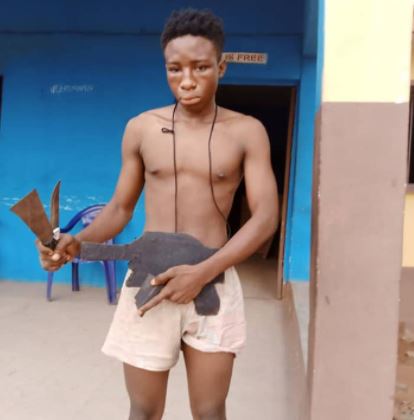 An 18-year-old man who uses a dummy gun to dispossess his victims of their valuables has been apprehended by the police in Delta state.

A statement released by the acting spokesperson of the command, Edafe Bright, states that on June 13, the Divisional Police Officer in the Okpanam Division received a distress call from a resident who claimed that an armed robber entered into the house with a gun and was forcing victims that do not have cash on them to transfer money to his account.

''The patrol teams on getting to the scene cordoned the area, and arrested the suspect one Emmanuel Peace ‘m’ about 18yrs old with a DUMMY WOODEN GUN.

The suspect had already successfully forced an aged couple to transfer the sum of six hundred thousand Naira (N600, 000) to an account number owned by one Anwanga Abasi Nathaniel Udo.

Other exhibit recovered from the suspect includes two (2) knives and one (1) torchlight.'' the statement read. 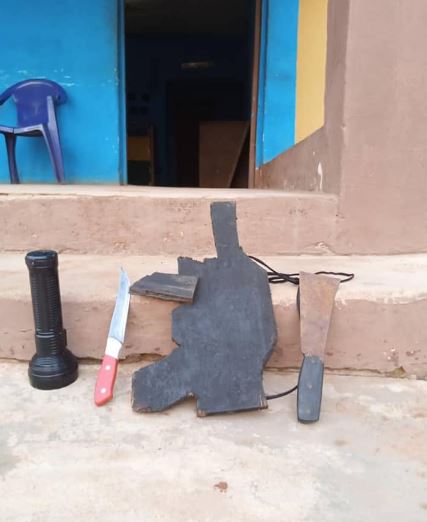 He said an investigation into the matter continues.