Alex Harvill, a famous stuntman, passed away on Thursday after crashing into a dirt mound at Moses Lake Airshow in Washington, US. 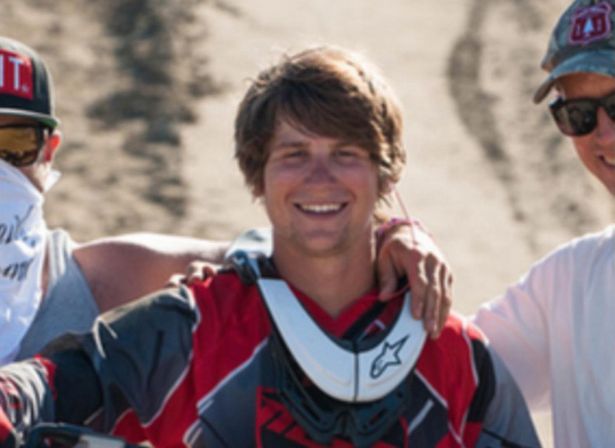 Alex Harvill, a daredevil has died after crash-landing during an attempt at a Guinness World Record at an airshow, Daily Star UK reports.

Harvill, a famous stuntman, passed away on Thursday after crashing into a dirt mound at Moses Lake Airshow in Washington, US.

The biker, from Ephrata, was thrown over his handlebars and tumbled dozens of feet before he finally came to a stop.

He later died from the serious injuries he suffered during the horrifying accident, Grant County Sheriff's Office report.

The Sheriff's office added Harvill's family have been notified and an autopsy will be conducted on Friday to determine the cause of his death.

"Our deepest sympathies go out to Alex’s family, friends and loved ones," the Sheriff's office said.

Harvill's warm-up jump before the official attempt saw the stuntman fall short of his target and hit the mound.

The 'Modern Day Daredevil' lifted his bike and pushed his wheels backwards to gain height, but he sadly didn't make the other side.

Witnesses in the crowd saw the devastating crash and called out in horror.

Medics rushed to his side and took him to hospital for urgent treatment a short time later. 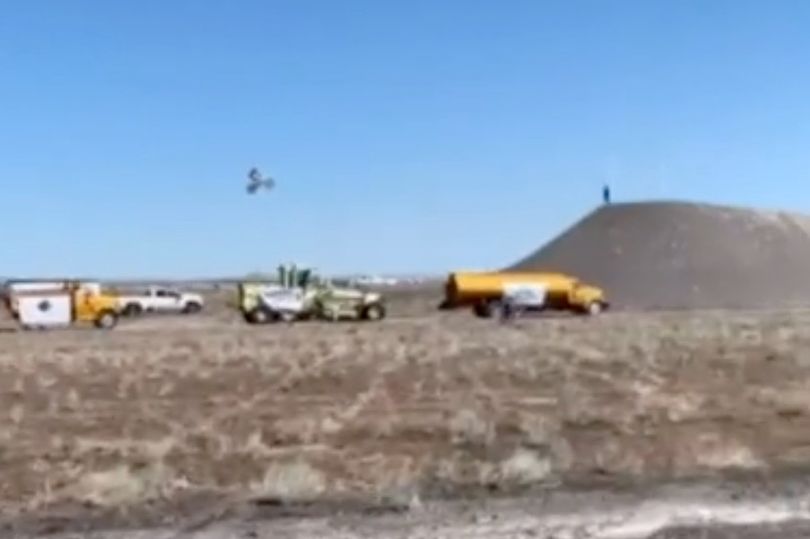 The Airshow had vowed to donate all proceed's from his jump to help pay his medical bills before he passed, TMZ reports.

The stunt was the first scheduled event of the three-day show.

Harvill, an experienced stuntman, had previously set a world record in 2013 when he jumped from one dirt ramp another 297 feet away.

He was trying to break the distance record for longest motorcycle jump, set by Robbie Maddison in March 2008, who jumped 351 feet.

Before his warm-up, Harvill rode around and spoke with the crowd and managed a couple of practice jumps.

"I've been riding since I was 4, but before that, I would ride on the front of my dad's bike," Harvill told the Columbia Basin Herald in an interview last month about the record jump.

Moses Lake Airshow released a statement shortly after his accident.

They wrote: "We regret to report today at our first event of the airshow - the Guinness World Record Jump Attempt, Alex Harvill was injured during his warm-up before the jump and has been taken to hospital."

They added: "Our hearts are with Alex and his family, and wish him a speedy recovery. All proceeds from today's jump will be donated to Alex to contribute to his medical expenses."

Harvill was married and had a son, Watson, born only last month and also had an older son named Willis.