Students of Kaduna State University on Tuesday, June 1st took to the streets to protest the hike in tuition by the state government. 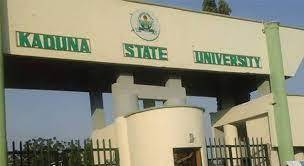 According to a report by SaharaReporters, the Kaduna State University has released a letter of undertaking to compel students from protesting against any increment of school fees.

The letter, which is to be completed and signed by parents or guardians, will assure the university that their "son/daughter/ward will be of good character/conduct and will obey all the rules and regulations of his/her Department and Faculty as well as the university at large".

However, the letter also makes the parents pledge that their "son/daughter/ward should be expelled without warning if he/she engages in any demonstration/protest against the increment in tuition fees or any contrary activities of the university's rules and regulation".

Students of Kaduna State University on Tuesday, June 1st took to the streets to protest the hike in tuition by the state government. 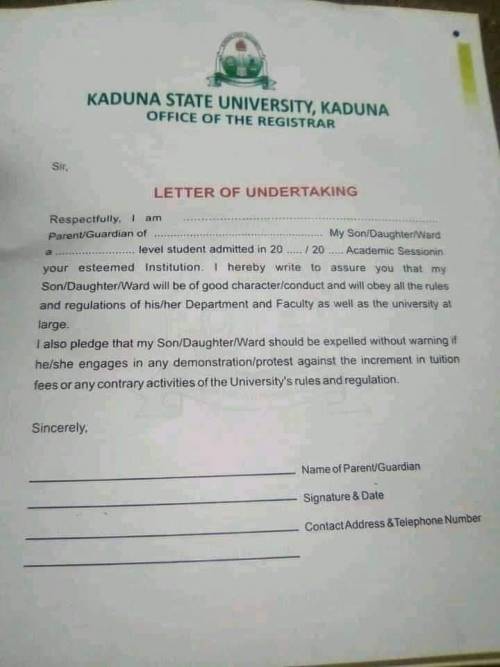 The tuition was increased from N26,000 to the new fees as scheduled in the student’s portal that returning students will pay a flat rate of N100,000 irrespective of the course of study and indigenisation, the new students, indigenes will pay N150,000 for art and humanities and N171,000 for sciences while non-indigenes will pay N221,000 minimum.