A former Nigerian minister has left a sweet message for his new lover on social media. 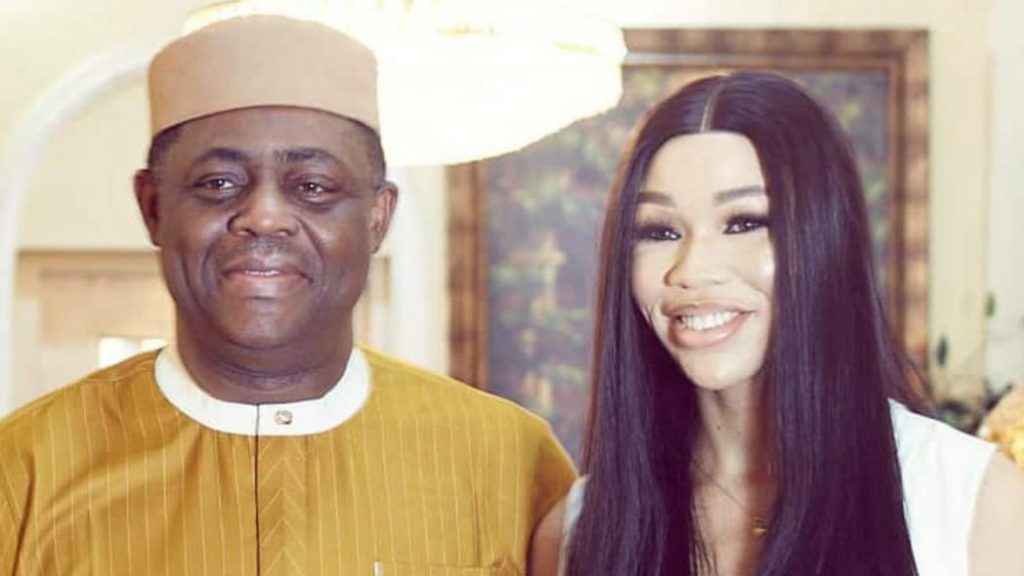 FFK and new lover
Former aviation minister Femi Fani-Kayode has gushed over his new lover.
The politician shared a new video of his lover Nerita Ezenwa singing ‘Forever’ a song by Gyakie featuring Omah Lay.
In the video, Ms Ezenwa is seen smiling shyly as she sings looking straight at the camera.
“I hear you,” Mr Fani-Kayode wrote as caption to the video posted on Instagram on Wednesday night.
He added a love emoji for emphasis.
The ex-minister’s post attracted reactions. One Instagram user @snehgodson wrote, “You’re so funny sir.” Another known as @annie_dollars_ wrote, “I love this man. He’s proud of his woman. No hiding.”
Meanwhile, Ezenwa won the 2019 Queen of Aso International beauty contest.
She was present at Fani-Kayode’s triplets’ birthday party in May.
Fani-Kayode and ex-beauty queen Precious Chikwendu fell out last year over allegations of domestic violence among others.
The duo is drawn in a legal battle for custody of their four children.
Fani-Kayode has been linked to several women since his union with Chikwendu collapsed.
Last year, he was forced to deny dating another woman just months after news of trouble in his marriage to Chikwendu became public knowledge.