Valet Nabbed After Allegedly Attempting To Steal N350,000 From A Guest's Car (Video)


The valet was caught red-handed after he attempted to steal the money from the guest's car. 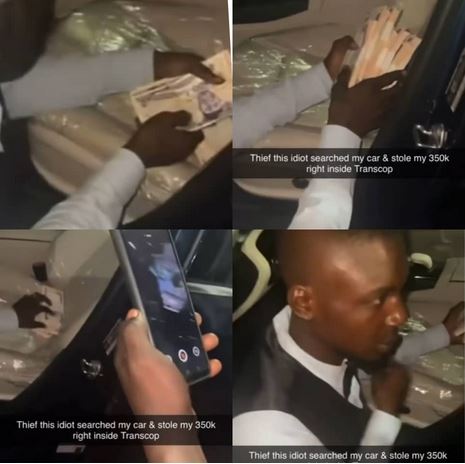 A Valet met his waterloo as he was allegedly caught attempting to steal wads of Naira notes from the car of a guest.

A valet is an employee of a public place like a hotel or a restaurant who stands by the entrance and offers to help park the car of a visitor at the car park.

The guest, a female, had gone to a hotel situated in Abuja, and then she handed her keys to the Valet to help park her car at the car park.

Immediately he parked the car, he allegedly attempted to steal her money. However, he was caught.

Watch the video of him after he was caught;