The Islamic cleric had simply replied “bullshit” when The Nation asked if he was questioned by the DSS via SMS. 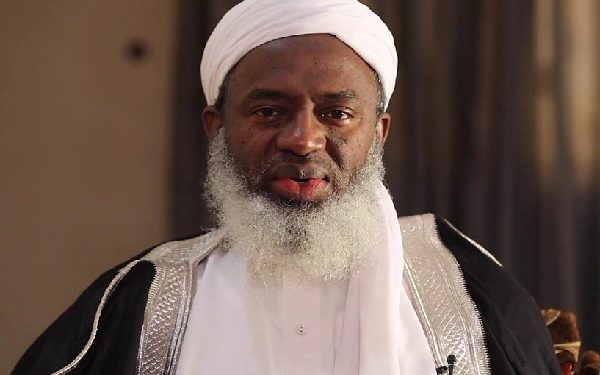 Sheikh Ahmad Gumi, the controversial Islamic cleric has debunked reports the Department of State Security Service (DSS) invited and questioned him over allegation he claimed some soldiers were aiding banditry during an interview on national TV.

The Islamic cleric had simply replied “bullshit” when The Nation asked if he was questioned by the DSS via SMS.

He however took to his Facebook page on Friday evening to maintain he was neither invited for questioning nor arrested by DSS.

But DSS spokesman, Dr Peter Afunanya, had confirmed in a WhatsApp broadcast the cleric was invited for questioning.

He said tersely: “Gumi was invited by the Service.”

He said he has a good working relationship with all security outfits and he never met any bandit in the forests without representatives of security forces and State Governments.

The post was titled: “I WAS NOT INVITED FOR QUESTIONING NOR ARRESTED BY THE DSS.”

He wrote: “I am having nonstop calls from all over the globe asking whether I was interrogated or detained by the DSS

“Let it be clear. Nothing of that happened.

“I have a good working relationship with all the security outfits, and I didn’t meet any bandit in the forests we visited without the presence of the security men, state officials, representatives of traditional rulers, and Fulani Ardos. And we continue to discuss and have interactions directly or through representatives with all these institutions.

“So people should be rest assured that there is no conflict of any sort and we will continue to cooperate to see that peace has prevailed in this dear nation.

“May Allah continues to protect us all. Amin.”

The cleric also told Channels Television after presiding over a Jummat service at the Sultan Bello Mosque in Kaduna State all his interventions with bandits inside the forest were in collaboration with government and security agencies.

He argued he did not commit any offence.

He said: “Nobody invited me for questioning or any arrest, I can say that categorically. Since I ventured into the forests, I went there with full security, the police, with the knowledge of the DSS, traditional rulers and the Fulani leaders, I never went alone.”

He also insisted he never made any disparaging remark against the military during his recent live interview on television.

According to him, there was nowhere in the TV interview that he categorically accused the entire military.