Derek Chauvin Sentenced To 22.5 Years In Prison For The Murder Of George Floyd


Under Minnesota law, Chauvin will have to serve two-thirds of his sentence, or 15 years -- and he will be eligible for supervised release for the remaining seven and a half years. 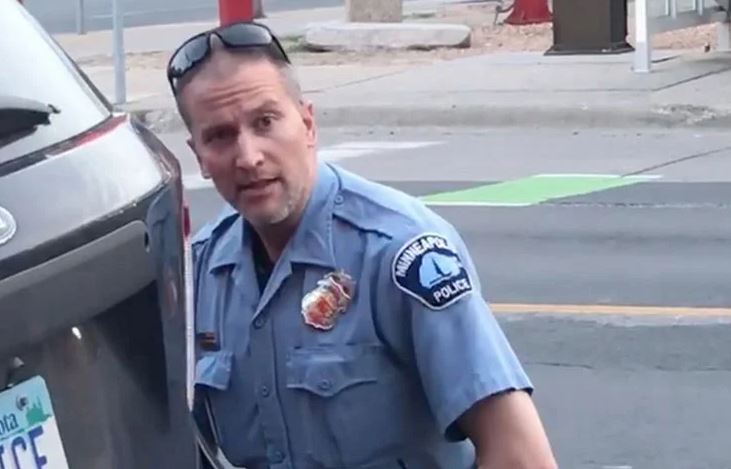 According to CNN, Derek Chauvin, the former police officer who killed George Floyd on a Minneapolis street last year, was sentenced Friday to 22 and half years in prison

Chauvin, in a light gray suit and tie and white shirt, spoke briefly before the sentence was imposed, offering his "condolences to the Floyd family."

Under Minnesota law, Chauvin will have to serve two-thirds of his sentence, or 15 years -- and he will be eligible for supervised release for the remaining seven and a half years.

The sentence exceeds the Minnesota sentencing guideline range of 10 years and eight months to 15 years for the crime. Floyd's death sparked massive protests across the nation over police brutality.

Judge Peter Cahill said the sentence was not based on emotion or public opinion. He wanted to "acknowledge the deep and tremendous pain that all of the families are feeling, especially the Floyd family," the judge said.

In a 22 page memorandum, Cahill wrote that two aggravating factors warranted a harsher sentence -- that Chauvin "abused his position of trust or authority" and treated Floyd with "particular cruelty." Chauvin, the judge wrote, treated Floyd "without respect and denied him the dignity owed to all human beings."

Cahill said the former officer "objectively remained indifferent to Mr. Floyd's pleas' even as Mr. Floyd was begging for his life and obviously terrified by the knowledge that he was likely to die."

"Mr. Chauvin's prolonged restraint of Mr. Floyd was also much longer and more painful than the typical scenario in a second-degree or third-degree murder or second-degree manslaughter case," the judge wrote.