Inside The Neighbourhood Of Suspected Super TV CEO’s Killer, Chidinma


The suspect, said to be a 300 level student at the Department of Mass Communication, University of Lagos, is in police custody. 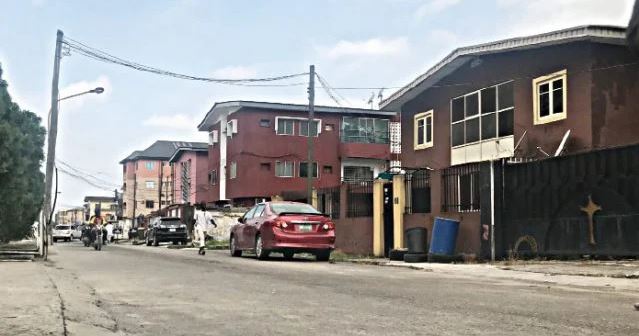 In this report, Saturday PUNCH takes a look at the neighbourhood of the suspected killer of Super TV CEO.

“Who are you looking for?’’ a gateman howled as he partly opened a gate to peep at our correspondent on Thursday. Seeing that the ‘intruder’ was not one of the tenants in the building, he firmly bolted the gate and walked farther into the compound.

The building, on 57 Akinwunmi Street, Alagomeji, Yaba, attracted attention after an occupant, Chidinma Ojukwu, who lived in the place with her father, was arrested and paraded by the Lagos State Police Command for allegedly stabbing the Chief Executive Officer of Super TV, Usifo Ataga, to death at a service apartment they lodged in the Lekki area of the state.

The suspect, said to be a 300 level student at the Department of Mass Communication, University of Lagos, is in police custody. The police noted that casual workers cleaning the apartment discovered Ataga’s remains in the place the next day.

A few houses from the suspect’s residence is a health centre and the two storey building painted in brown and white colour has two gates and faces a church. The Ojukwus were said to have lived downstairs. Some residents told our correspondent that the suspect’s father had yet to return home after he was released by the police. He was earlier arrested alongside his daughter for obstructing cops who came to apprehend the suspect.

Our correspondent who loitered around the area for about four hours mingled with some residents who discussed the issue.

One of them, an unidentified lady, said the suspect lived quietly with her father in the building, adding that her lifestyle probably changed at a point. Some others described her as a calm, young lady who faced her business.

A woman who sells drinks on the street said, “Like my other customers, she buys things and leaves. I don’t know her closely.’’

Another unnamed woman said many of them in the area were shocked to see Chidinma paraded on TV for alleged murder of Ataga.

She added, ‘My husband and I watched the news and saw her paraded by the police. We were surprised. Everyone around knows her. Her father has other children.’’

Our correspondent also observed that some people in the vicinity cast glances at the building as they passed. A resident who identified herself as a family member of the Ojukwus, who wore worried looks, rhetorically asked our correspondent what would be the lady’s fate.