According to the leadership of NANS, their discussion was centred on efforts to ensure the safety and security of Nigerian students and the release of innocent students in the captivity of their abductors. 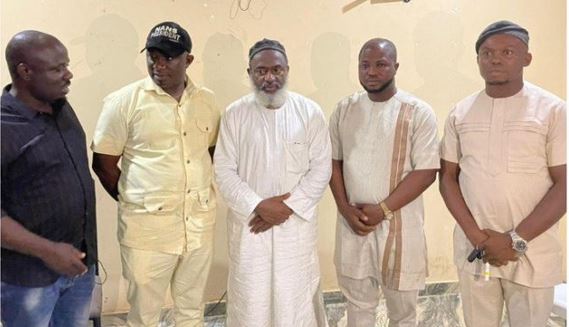 Following the incessant abduction of students across the country by bandits, the leadership of the National Association of Nigerian Students (NANS) has met with prominent Islamic cleric and tutor, Sheikh Gumi.

This was contained in a press release by NANS President, Sunday Asefon on Monday titled ‘Safe And Secure School; NANS Meets Sheik Gumi’.

The statement reads “I led the leadership of NANS to meet with Sheik Ahmed Gumi in Kaduna yesterday (Sunday). Our discussion centered on actions and efforts to ensure the safety and security of Nigerian students on all campuses and the release of innocent students in the captivity of their abductors.

“We extracted commitment on continuous dialogue for the release of students in captivity and all-around efforts to ensure schools become safer so that our students can be free from the fear and trauma of kidnapping.

“We must leave no stone unturned until our schools are free again. We will continue to engage and dialogue with stakeholders to ensure school safety.”

Over the years, bandits have been on a rampage, carrying out severe mass abduction in schools across the country.

Several students have been abducted in school from Kagara, Niger State; Kankara in Katsina; Jangebe in Zamfara State among other.