The 33-year-old was one of the 49 players invited last week to camp by coach Mike Brown for preparations in the United States. 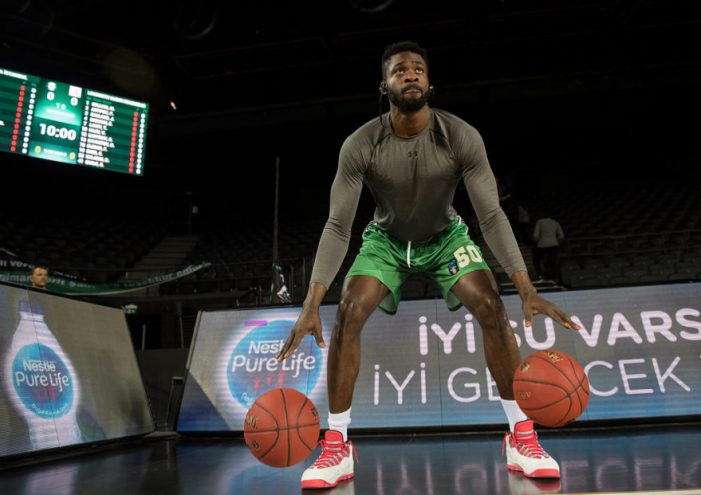 Michael Eric, a D’Tigers star, has ruled himself out of the Tokyo 2020 Olympic Games after recovering from COVID-19, The PUNCH reports.

The 33-year-old was one of the 49 players invited last week to camp by coach Mike Brown for preparations in the United States.

Eric, who made his debut for the team at the 2019 FIBA men’s Basketball World Cup in China, admitted that despite recovering from COVID-19, his body was not in the best physical shape to compete in Tokyo.

“I’m deeply saddened to announce that I will not be able to represent my country, Nigeria, in this year’s Olympics in Japan. During the last two and half weeks, my health and physical shape went through a traumatic (time) that will make me miss this tournament, “Eric wrote on Instagram.

“I tested positive for COVID-19 and experienced very aggressive symptoms to the extent that I was advised not to try any physical activity during my isolation period.

“Part of this isolation period coincides with the first week of the national team training camp. With multiple negative tests, I wanted to be part of the camp even though my body was in no physical shape to compete.

“Ultimately, despite my all-out efforts to recover, it was not possible for me to get ready in time to meet the demands of representing Nigeria at the Olympics at the level that the national team deserves.

“Being an Olympian has been my lifelong dream but I know I must do what is right for my health and wellbeing and above all for the team’s benefit. Regaining my strength and recovering over time so I can come back stronger, rather than rushing to play at this summer (Olympics) is what is best for me and our team.

“I pray once again to compete in future for my country as it is one of the greatest honours of my professional career.

“Nigerians are known for being resilient and I am already working hard to come back and give my all on the court. I wish my brothers best of luck as they continue to represent our country to the best of their ability.”