Her followers took to Twitter to tackle her after she tweeted about not cooking when she gets married. 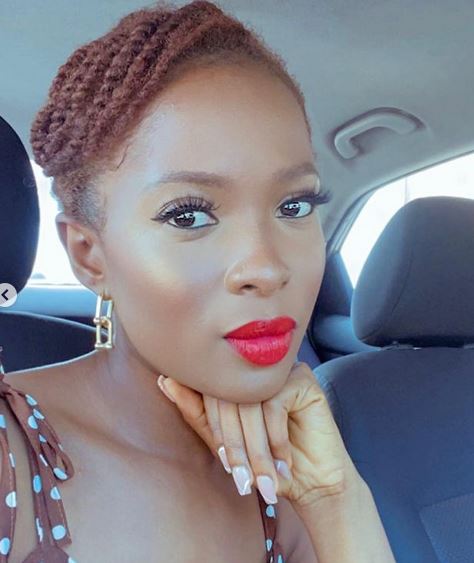 Medical doctor and Nollywood actress, Jemima Osunde was tackled online after she stated that she knows how to cook but would pay someone to do that when she gets married.

Osunde in her tweet admitted that she knows to cook but does not enjoy it. She further revealed that she and her partner will be getting someone to do it.

This however irked some followers who countered her tweet. 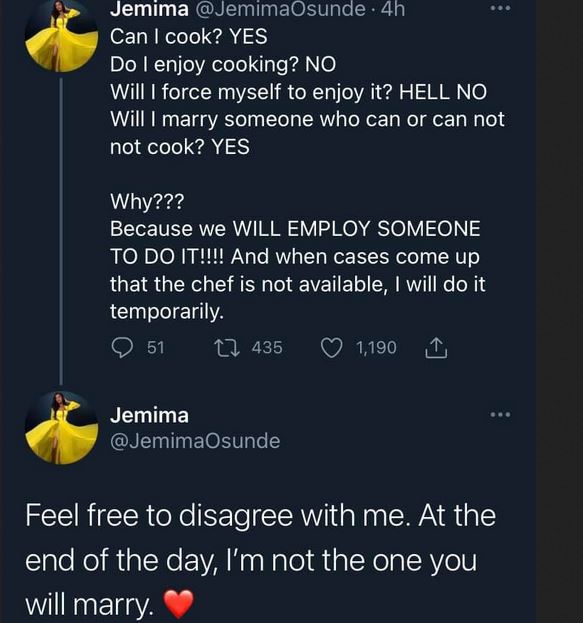 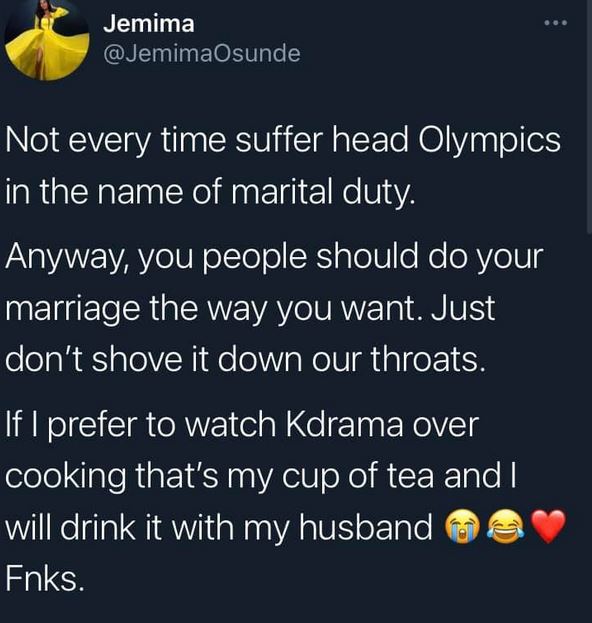 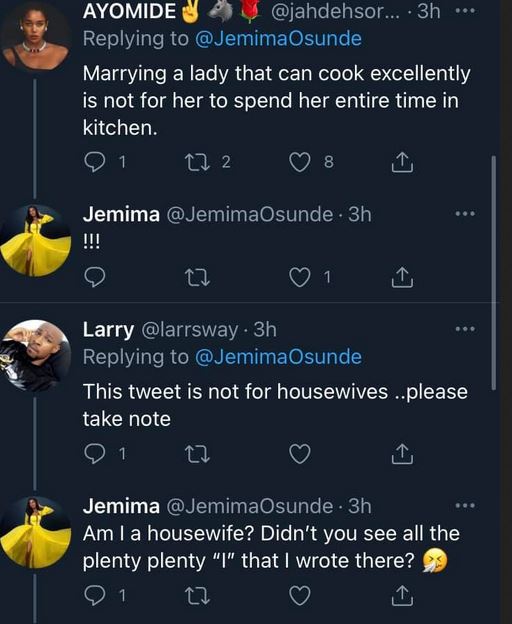 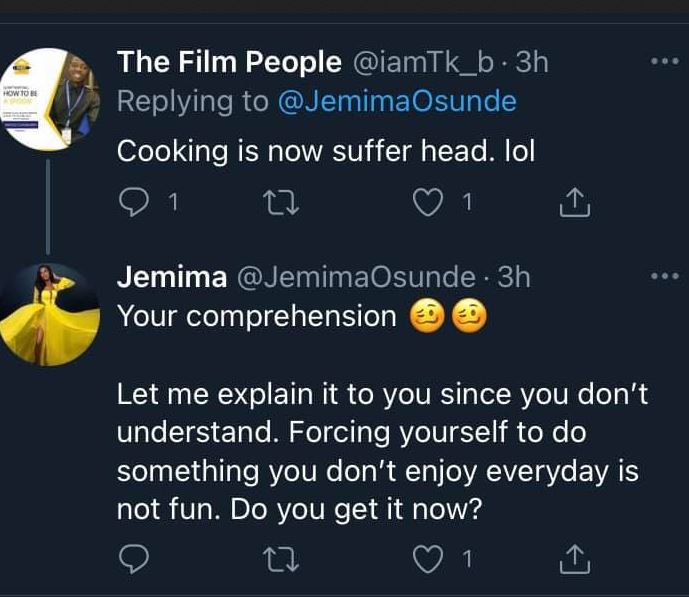 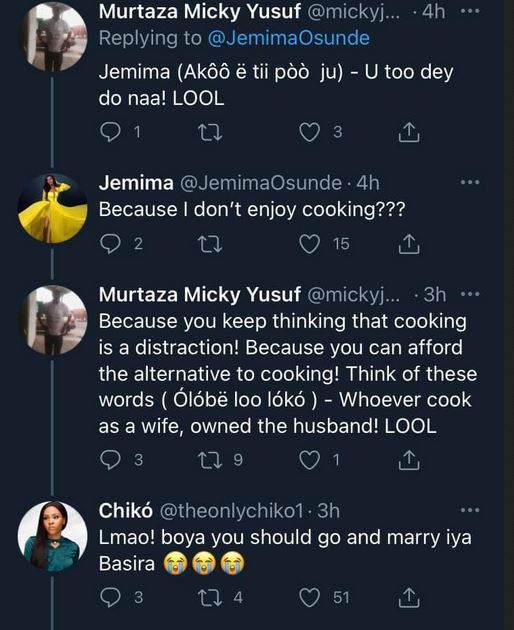