One Killed, Another Abducted As Gunmen Invade Quarry Site In Nasarawa


According to a resident, the gunmen armed with AK47 rifles invaded the quarry marble site, which is two kilometres away from the community. 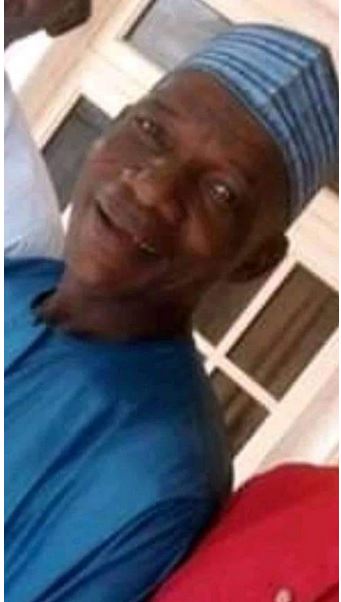 A worker identified as Ibrahim Aliyu has been killed and another, Abdul Umar Ekuji was abducted as gunmen attacked a marble quarry site at Ugya village in Toto local government area of Nasarawa state.

It was gathered that the incident happened around 4:43 pm on Monday, July 5.

According to a resident of the community simply identified as Salihu, the gunmen armed with AK47 rifles invaded the quarry marble site, which he said was two kilometres away from the community.

Aliyu, who operates a marble quarry, had left for home but was alerted of the invasion.

"He just returned from quarry site not more than 20 minutes when he alerted that kidnappers have invaded quarry site,” Salihu told Daily Trust.

"He took two vigilante men on his motorcycle to engage them. So it was while on his way, one of the kidnappers shot him in the chest and he died instantly,” he said.

He said some workers at the quarry narrowly escaped, but one named as Abdul Umar Ekuji, was whisked away at gunpoint.

Salihu said the remains of the deceased has been buried according to Islamic rites, even as he said families of the kidnapped victim were yet to establish contact with his abductors.

The spokesman of the Nasarawa state police command, ASP Ramhan Nansel, said he was yet to get details about the kidnap incident, but would contact the DPO in charge of Toto local government council division. 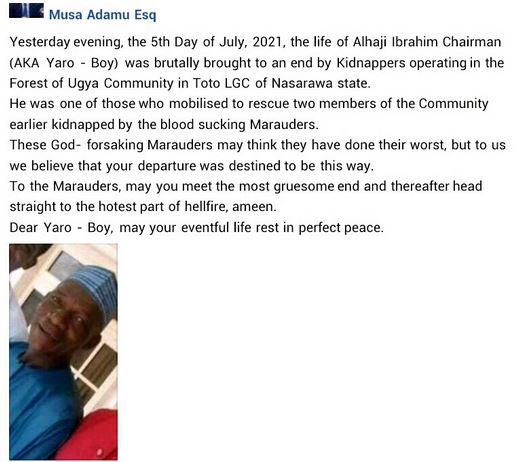