They were dispossessed of their mobile telephones and other belongings before they were detained at the River Park Police Station for four hours. 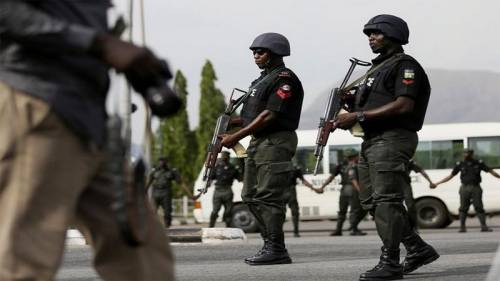 Men of the Nigeria Police Force who are attached to the  Federal Capital Territory Police Command, on Sunday assaulted, arrested and detained a reporter with The PUNCH newspapers, Solomon Odeniyi.

Also arrested and detained was a reporter with Roots Tv, Busayo Tosin.

They were dispossessed of their mobile telephones and other belongings before they were detained at the River Park Police Station for four hours.

The policemen were led by one U.C Ugochukwu who ordered the detention of the journalists until all ongoing church services at the Dunamis Church International were concluded.

Recounting his experience, Odeniyi said, “I had gone to Dunamis as a follow up to what happened at the church last Sunday.

“Besides, some groups had addressed a press conference and vowed to storm the church if the congregants arrested in the church were not released.

“There were heavy presence of security operatives comprising of DSS and police personnel at the church which suggested something was about to happen.

“The protest was yet to start when suddenly I saw a patrol van of seven policemen surrounded us. (I was with a reporter from, Roots Tv Busayo Tosin).

“Ugochukwu and his men grabbed me by the belt and accused us of being part of the protesters. I showed my ID card to him which he forcefully took, damaging it in the process. Before I could say another word, I was slapped by one of them while another pointed his gun at me.

“I asked what my offence was. I told them my ID card was enough evidence to show I was not part of the protesters. All that fell on deaf ears. The other reporter from Roots Tv was equally being questioned at the time.

“We were immediately dispossessed of our phones and were bundled into a waiting Police patrol van and they drove off to River Park police station.

“We pleaded with them to allow us communicate with our offices. The plea was turned down. The seized items were: one powerbank, three mobile phones, one camera, one tripod, and a Punch Staff  Identity card.”

We got to the station around 8am and were released following the intervention of the police high command at exactly 12:10.

However,  Ugochukwu ordered police at the station not to release us until the Church services in Dunamis ended.

After releasing us they took our addresses and phone numbers and warned us not to go back to the Church. We were also warned against reporting we were arrested and detained.

“He Is Not Nigerian, Can’t Contest For President” – Group Drags Atiku to Court
Recent Stories