A federal lawmaker has vowed to serve his people after commissioning an Airtel mast as a community project. 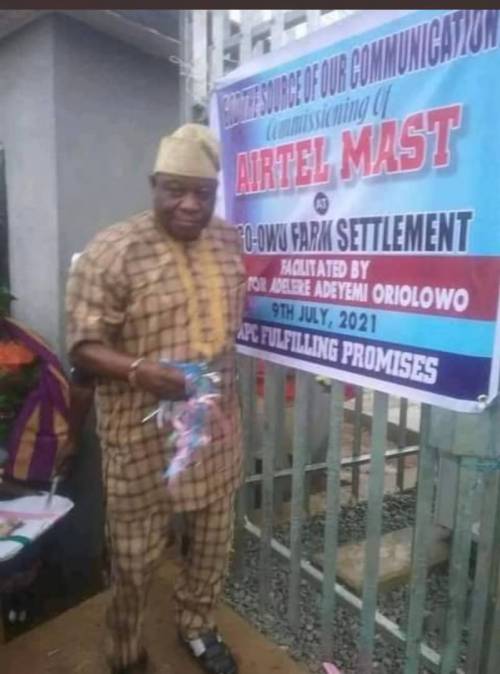 The senator commissioned the mast as community project
A Nigerian senator has commissioned a mast as a community project.
The mast belongs to the Airtel telecommunication.
According to Sahara Reporters, the Senator representing Osun West Senatorial District in the Ninth National Assembly, Adelere Oriolowo unveiled the mast in the Ago Owu Farm Settlement in Osun State as a constituency project on Friday.
“God the Source of our communication; Commissioning of Airtel Mast at the Ago Owu Farm Settlement; facilitated by Senator Adelere Adeyemi Oriolowo, July 9; APC fulfilling promises,” the banner reads.
Airtel, the mobile telecommunication company had yet to react to Oriolowo’s opening of its mast as a community project.
In January 2020, the same Senator had promised to use the rest of his life to serve his senatorial district and the humanity at large.
Oriolowo had disclosed this while receiving an award from the Rotary Club of Akobo-Ibadan.
“This award is an incentive for me to do more for society and I am so excited to receive this award. I’m assuring people in my constituency that I will use the rest of my life to serve humanity.
“The principles and ideals of the Rotary Club tally with my ideals too. I’m a strong believer of the balanced development of knowledge, energy and integrity. I know for you to be a good Rotarian and man of character, you must excel in ideals of the Club.
“Knowledge without integrity is nothing, integrity without knowledge and energy to carry it is also nothing,” the senator, Oriolowo, had said. 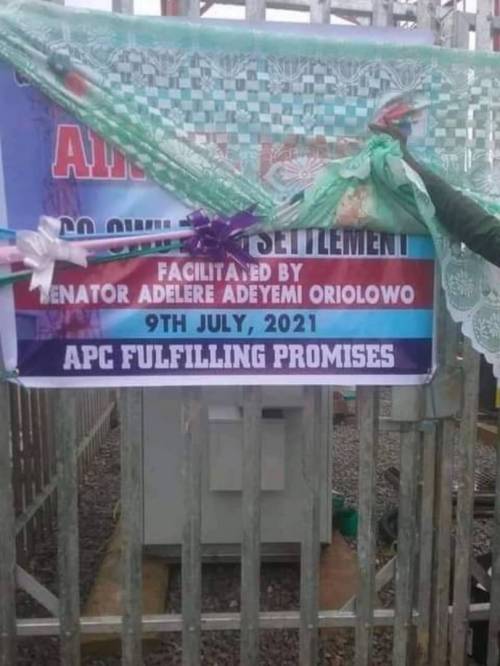