The NUJ, NGE, NPAN have all staged a protest against a bill in the national assembly intended to stifle free speech.

Almost all newspapers in Nigeria have registered anger over controversial media bills at the national assembly.
A message from the Nigeria Union of Journalists (NUJ), Nigerian Guild of Editors (NGE) and Newspaper Proprietors’ Association of Nigeria (NPAN) about the adverse effects of the controversial media bills in the national assembly dominated the cover pages of Nigerian newspapers.
See photo: 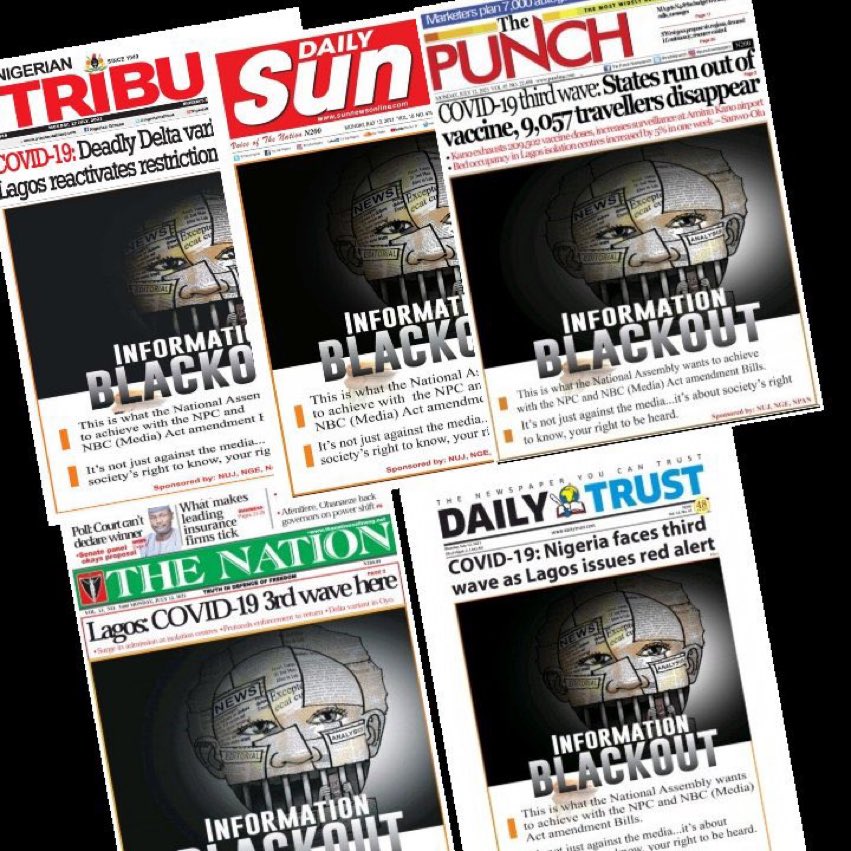 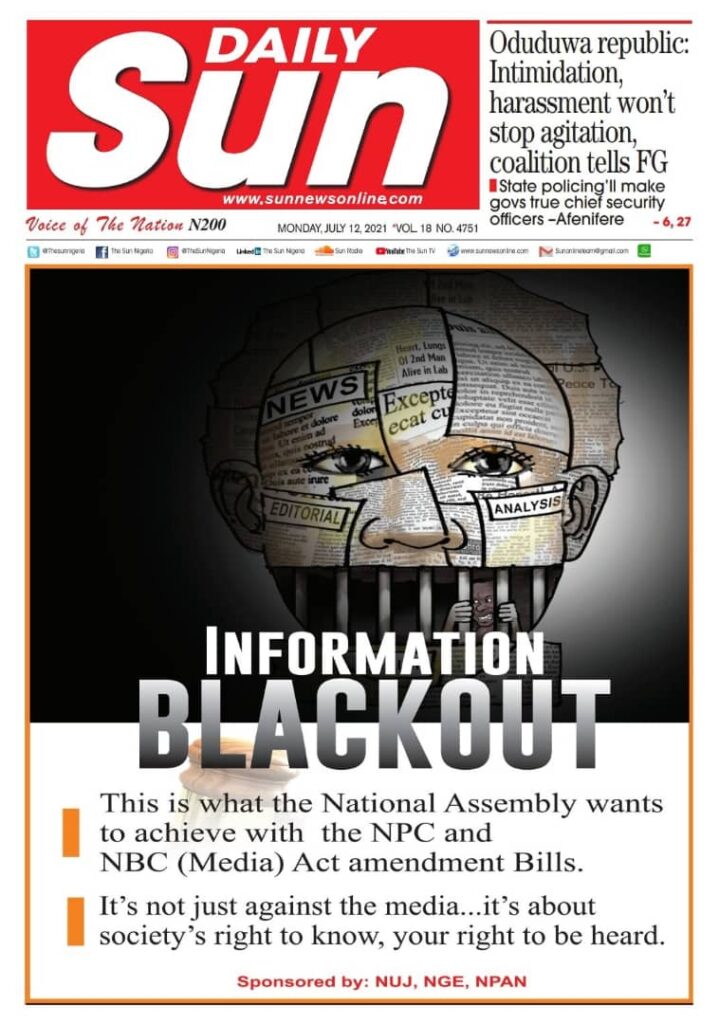 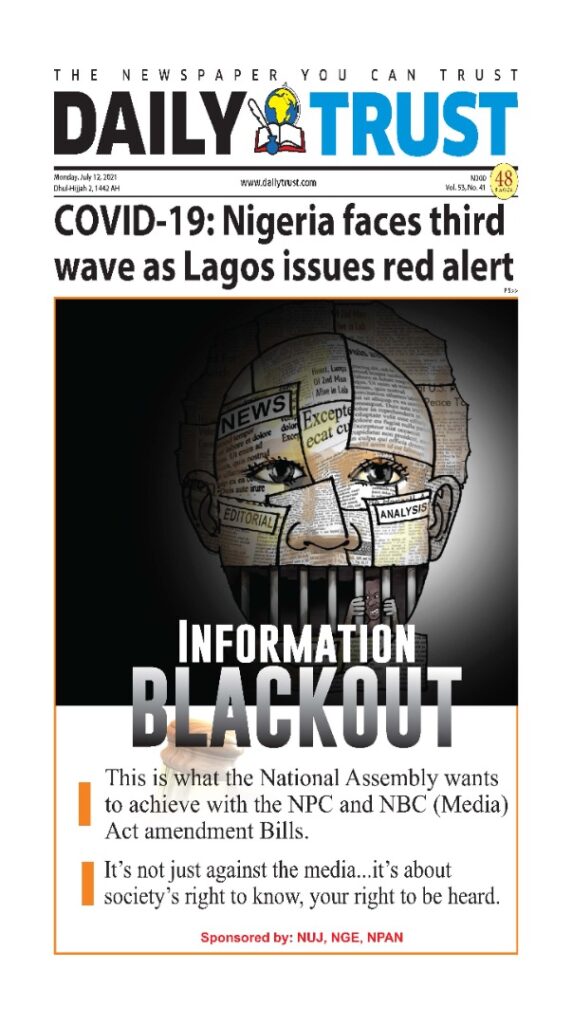 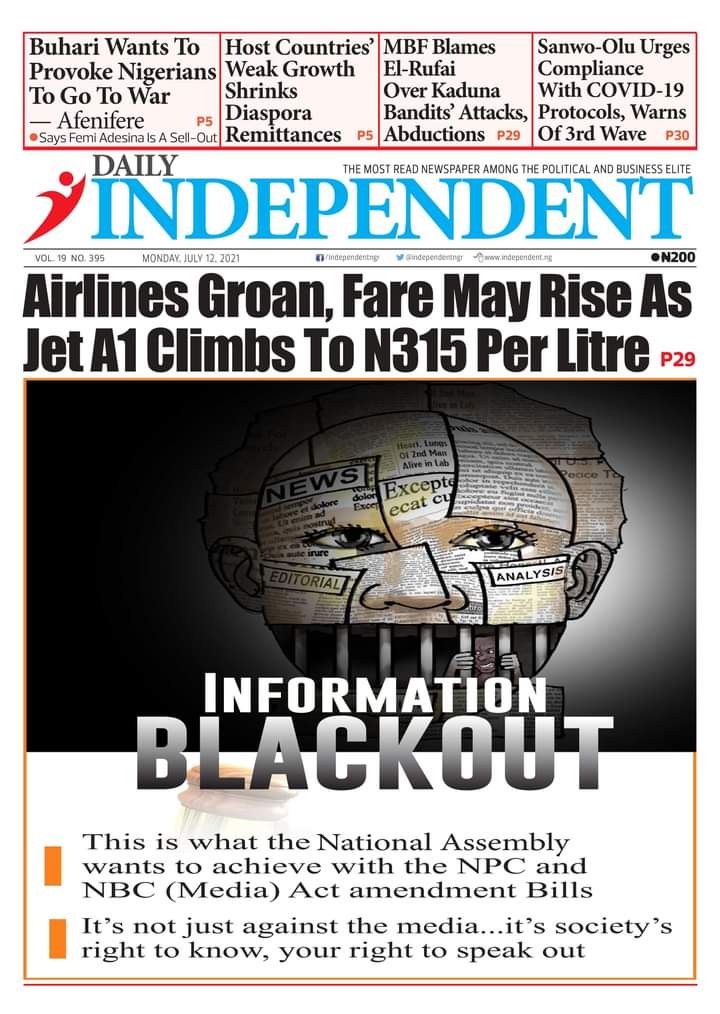 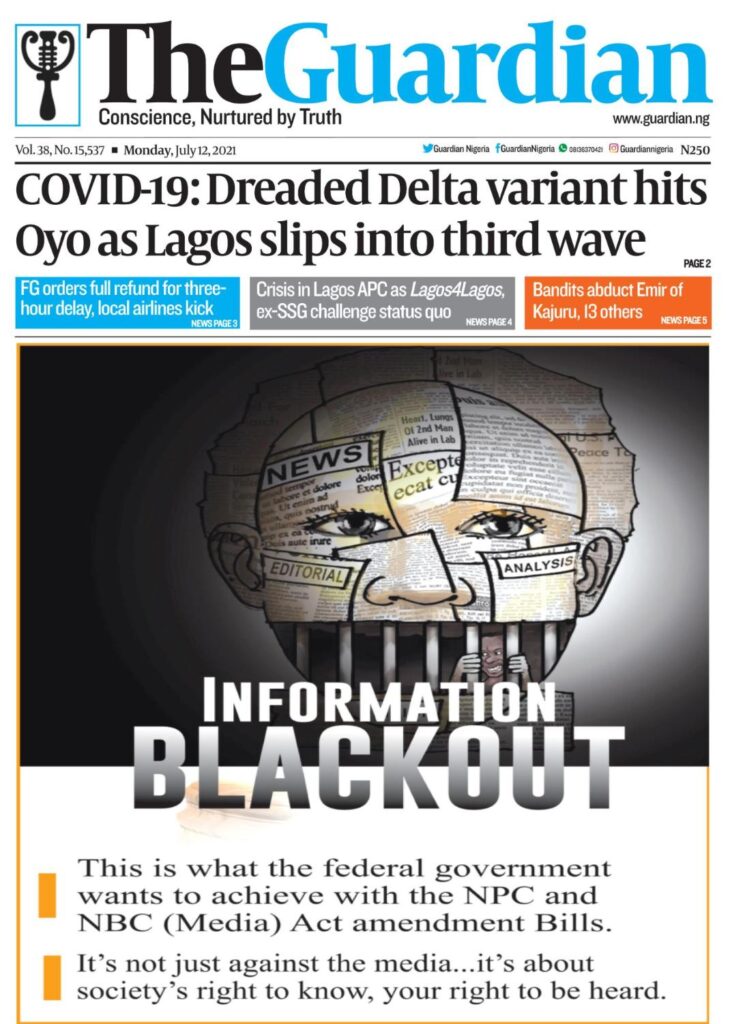