Nigerian National, Two Others Arrested With Drugs Worth Over N20M In India (Photos)


The suspects were arrested for their alleged involvement in smuggling, transportation and distribution of the drugs. 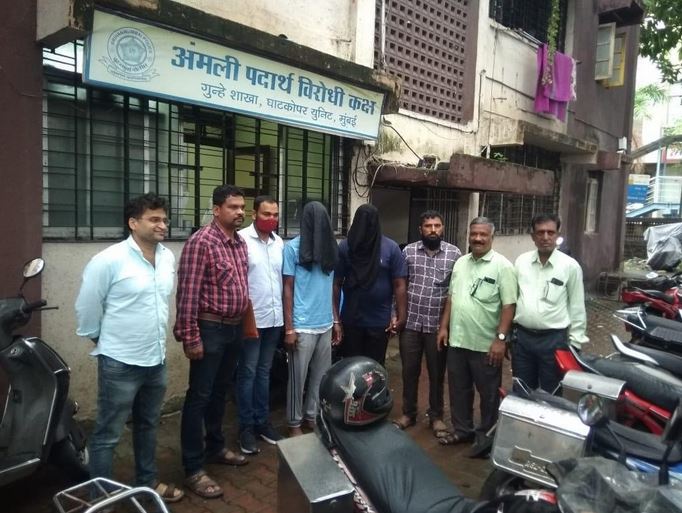 Nigerian National, Two Others Arrested With Drugs Worth Over N20M In India

A Nigerian man alongside two others have been apprehended by the Mumbai police's Anti-Narcotics Cell (ANC), for alleged possession of mephedrone worth Rs 37.5 lakh (N20,678,162.13) in Navi Mumbai, an official said on Saturday, July 10.

Acting on a tip-off, the Ghatkopar unit of the ANC laid a trap near Agarwadi bus stop on Sion-Panvel Highway in Govandi on Friday evening, and nabbed Francis Augustin D'Souza, 29, with 45 gm of mephedrone.

Based on the information provided by the arrested accused, the ANC team set another trap near Juinagar railway station and caught Nigerian national Richard Tony, 39, a resident of Mira Road, and recovered 205 gm of mephedrone.

During interrogation, it came to light that the duo was involved in smuggling, transportation and distribution of the drug, an official said, adding that a case has been registered in this regard under relevant sections of the Narcotic Drugs and Psychotropic Substances (NDPS) Act. 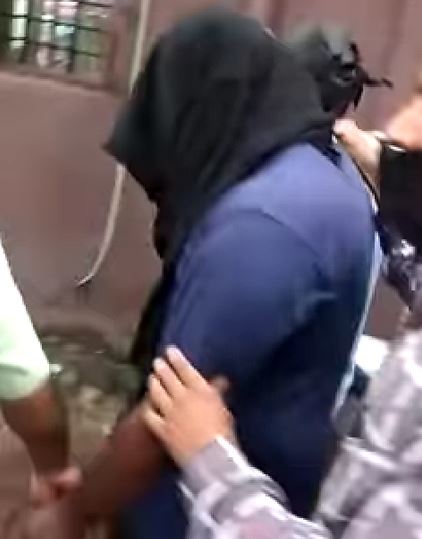 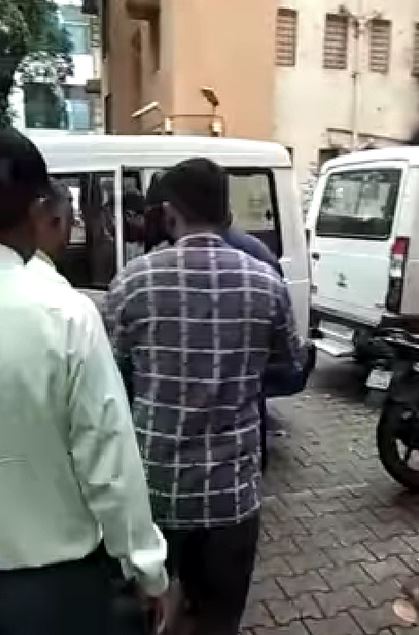 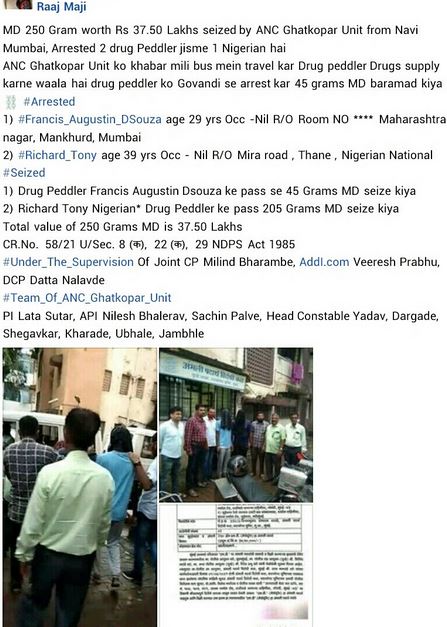