Adetutu who shared the news on Facebook said she found out about the pregnancy last week after going in for a typhoid test. 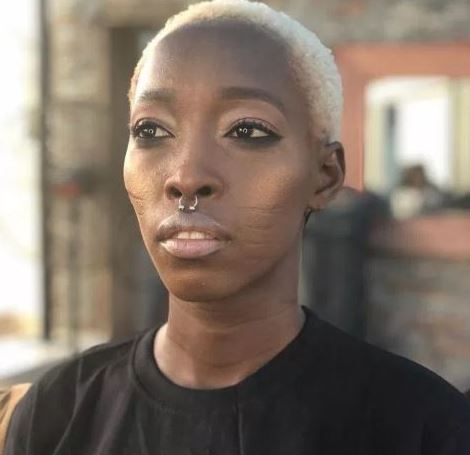 Popular Nigerian Tribal marks model, Adetutu has disclosed that she is expecting her second child.

Adetutu who shared the news on Facebook said she found out about the pregnancy last week after going in for a typhoid test.

"I am on Life group and scared of trolls commenting on my pictures the negative way so I didn't post. But few days ago, I read on Mavis Ishanqueen and Ogbeni La 'a wall that why do we humans fix on negative comments about us instead of the positive ones?

This got me thinking till this morning, so I said lemme post on the group joor and read the positive comments.

So far, I have only seen a negative comment under another tribal marked lady. I just used the angry reaction and move on.

Listening to negative talks about ourselves do us no good same as negative comments.

Positive only just like I found a week ago that I'm expecting a child after going for typhoid test.

I will turn off notification on this post now." 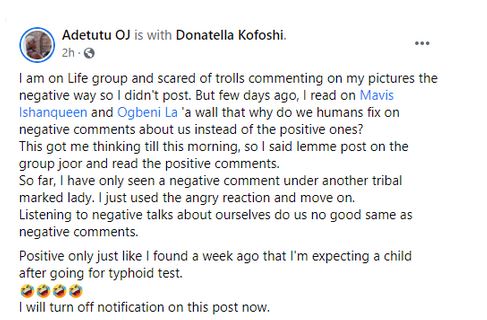