The family members went for each other's throats during a disagreement over who is the rightful person to inherit the wife of their family head who died recently. 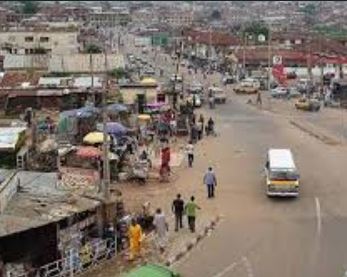 A man identified as Babbi Aliyu, was attacked with a cutlass during a fight between members of a Fulani family in Ikoroku village in the Kaiama Local Government Area of Kwara State on Wednesday, July 14 .

The spokesperson of the Nigeria Security and Civil Defence Corps in the state, Babawale Afolabi, who confirmed the incident, said the family members went for each others throat during a disagreement over who is the rightful person to inherit the wife of their family head, Alhaji Bello, who died recently.

Afolabi said late Bello's younger brother took his wife as his own inheritance, however, the sons of the deceased felt that their uncle's decison meant that he had a hand in the death of their father and subsequently accused him of such.

“The NSCDC operatives in Kaiama got a distress call and rushed to the scene to prevent further clash.

According to report we got from our divisional office in Kaiama, after the death of one Alhaji Bello, his younger brother took his wife which did not go down well with the children of the deceased. They accused their uncle of complicity in the death of their father.

The children of late Alhaji Bello vowed to take back their father’s wife from their uncle and this later ensued in a free-for-all.

One Babbi Aliyu was attacked with cutlass which left him with multiple injuries.”

The NSCDC spokesperson added that the victim is currently receiving medical attention in the hospital while efforts are being made to arrest those who attacked him.